Hooper, Lucas selected in second round of WNBA draft 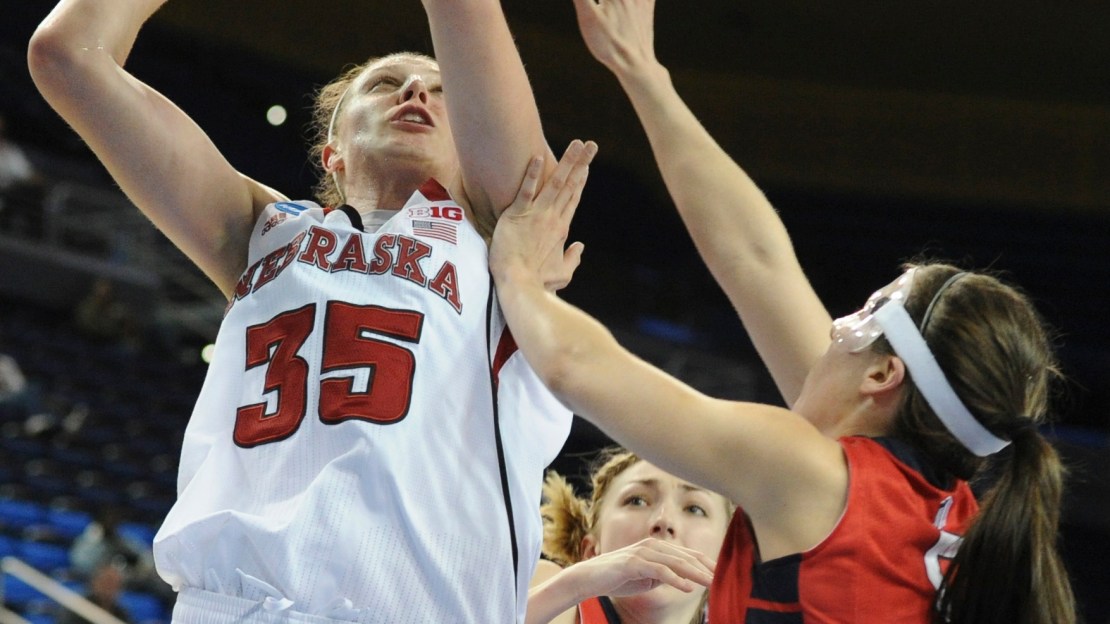 The 2014 WNBA Draft was Monday night and a pair of Big Ten standouts were selected in the second round. Nebraska's Jordan Hooper was the first Big Ten player off the board, going No. 13 overall to the Tulsa Shock. Hooper was the 2014 Big Ten Player of the Year and an AP Second-Team All-American. She averaged 20.4 points and 9.1 rebounds per game this season, both of which ranked among the top five in the Big Ten.

And with the 13th pick of the WNBA the Tulsa Shock select @JordanHooper35 from the University of Nebraska. ????

Breaking: The Tulsa Shock have chosen forward Jordan Hooper for their #13 pick. #RockWithTheShock

Penn State standout and two-time Big Ten Player of the Year Maggie Lucas was the second Big Ten player selected in the 2014 WNBA Draft on Monday night. She was picked No. 21 overall by the Phoenix Mercury. Lucas, also a three-time All-Big Ten First Team honoree, averaged 21 points per game this season en route to leading Penn State to the Big Ten regular-season crown, which it shared with Michigan State, its third title in as many years.

Maggie Lucas is selected 21st in the 2014 WNBA Draft by the Phoenix Mercury. http://t.co/xNpk9geAfX

With the 21st pick in the 2014 WNBA Draft, your Mercury select Maggie Lucas, guard from Penn State. #ChasingGlory

[ MORE: Find out more about Lucas at maggielucas33.com ]

In averaging 21 points and shooting 94.9 percent from the free-throw line, a Big Ten single-season record, Lucas is the only player in NCAA women's basketball, WNBA and NBA history to average 20 or more points with a free-throw percentage of 94.9 percent or better, according to GoPSUsports.com.

Check out this Lucas trick-shot video: