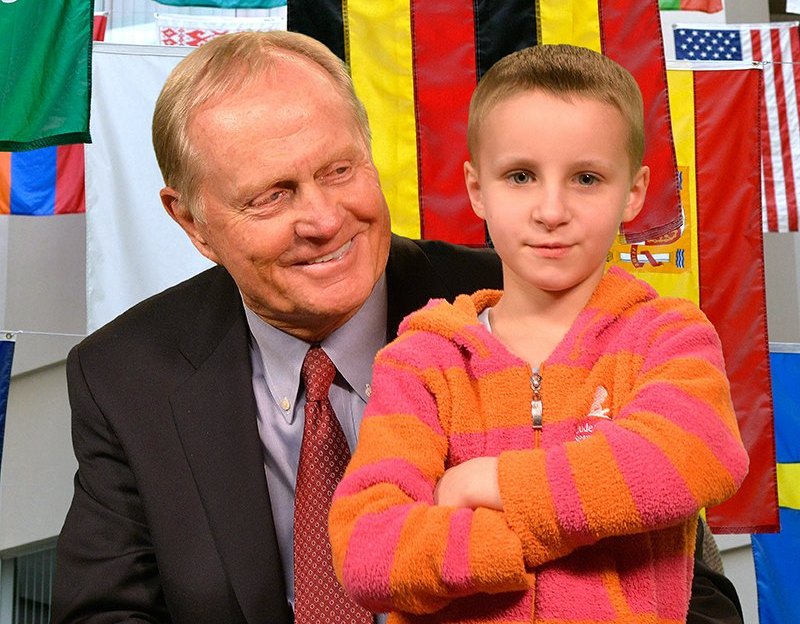 In April 1966, When Nancy Nicklaus was 11 months old, she swallowed a piece of a crayon. Her parents noticed a series of choking incidents that would start, stop and start again.

Jack and Barbara Nicklaus refused to take chances. They shuttled their middle child and only daughter to the Columbus Children?s Hospital, where doctors discovered the crayon piece lodged in her windpipe. The hospital stabilized ?Nan? and calmed the 26-year-old golfer and his wife.

?They felt that the hospital, at that time, had saved Nan?s life, and this was early in Jack?s career,? says Nicklaus Children?s Health Care Foundation (NCHCF) President & CEO Patty McDonald. ?They decided as a family, if they were ever in a position to give back, they wanted to do something for children.?

In 2004, one year before his official retirement from golf, Jack, along with Barbara, established the Nicklaus Children?s Health Care Foundation. The foundation?s ?mission is to provide access to world-class health care for all children and support innovative programs focused on diagnosis, treatment and prevention of childhood illness.?

The Nicklauses? foundation raises funds for various hospitals across the country, although the majority of the funds are delegated to hospitals near Jack?s two life residences of Columbus, Ohio, and South Florida. In its decade of existence, the foundation has raised approximately $28 million.

The most notable grant given by the foundation was $5,200,000 delegated to the Miami Children?s Hospital Nicklaus Centers. The Miami Children?s Hospital Nicklaus Outpatient Center, which opened in Palm Beach Gardens in September 2012, began as a rehabilitation outlet for children. It has since added urgent care and subspecialty care to its repertoire.

"A lot of families had been traveling long distances from Palm Beach to Miami for treatments and diagnoses that could not be done locally,? McDonald says.

Nancy Humbert, Senior Vice President of Outpatient Services for Miami Children?s Hospital, who has been at the hospital since Jan. 2007, sees this problem firsthand. The Nicklaus Outpatient Center is a form of the needed progress in children?s health treatment in Florida.

?Transporting a child to medical appointments and managing life during treatment far from home puts a strain on parents? work schedules, caring for other children, and ultimately, a family?s quality of life,? Humbert said. ?With the opening of the center, many of these families are now able to receive treatment and attend follow-up appointments closer to home.?

?The Nicklauses are our partners, collaborating with us every step of the way as we explore and plan regarding the services and programs to offer,? Humbert says. This year, the NCHCF is off to a record-breaking start in fundraising. In February, the foundation hosted The Jake, a pro-am golf tournament at The Bear?s Club in Jupiter, Florida, with a dinner and auction. The event is named in honor of Jack and Barbara?s grandson, Jake, who drowned at 17 months old in 2005.

In the tenth year of the event, The Jake raised $2.2 million, topping the previous high of $1.5 million raised in 2012. With the Honda Classic the following weekend in Palm Beach Gardens, a list of the 22 pro golfing luminaries in town for the tournament, some playing and some not, included Ernie Els, Greg Norman, Dustin Johnson, Luke Donald, Rickie Fowler, Johnny Miller, and Keegan Bradley. At the Honda Classic, the NCHCF is the primary beneficiary.

For The Memorial Tournament in Dublin, Ohio, the NCHCF has an alliance with the Nationwide Children?s Hospital, the hospital that treated Nan nearly five decades ago. The organizations share in the fundraising from the tournament, which was founded by Jack in 1976.

A portion especially personal to the Nicklauses is the Yellow Shirt Fund, created in honor of Craig Smith. Craig?s father, Dr. Bill Smith, was Barbara?s minister, and he and his wife Mary Lou were close friends of the Nicklauses. Bill recited the opening prayer at the Memorial Tournament for 30 years.

When Craig, a huge Nicklaus fan, was diagnosed with a rare form of bone cancer at age 11, Jack made an effort to call him regularly. One Sunday, after a win, Nicklaus called Craig, who said, ?I knew you were going to win, because I was wearing my lucky yellow shirt.?

Craig Smith passed away in 1971 at age 13, but he lived on within the Nicklaus family. On April 13, 1986, a 46-year-old Nicklaus put on a yellow shirt, as he did many Sundays in honor of Craig. A seven-under 65 propelled the Golden Bear from four shots back to a one-stroke victory.

This weekend, Nicklaus will be back at The Masters, where he made his first appearance in 1959. His six green jackets are more than anybody in golf history.

In his post-professional golf career, Nicklaus harnesses his perseverance from the links into the philanthropic world. Along with Barbara, he continues to fight childhood illnesses. The first ten years were a success, but the foundation hopes to continue to grow.

?They?re very proud of what has been accomplished in a very small time period,? McDonald says. ?What the foundation is really focused on is partnerships with providers of world-class pediatric health care, so that if we can support their efforts, their programs and their services, they can provide to patients and families in the local communities. That?s where our focus wants to be.?

Those interested in donating to the Nicklaus Children?s Health Care Foundation can visit https://www.nchcf.org/Donate-Online.

The Yellow Shirt Fund is located at the site: http://www.nchcf.org/yellow-shirt.