Merriman: What lineups could look like if stars leave 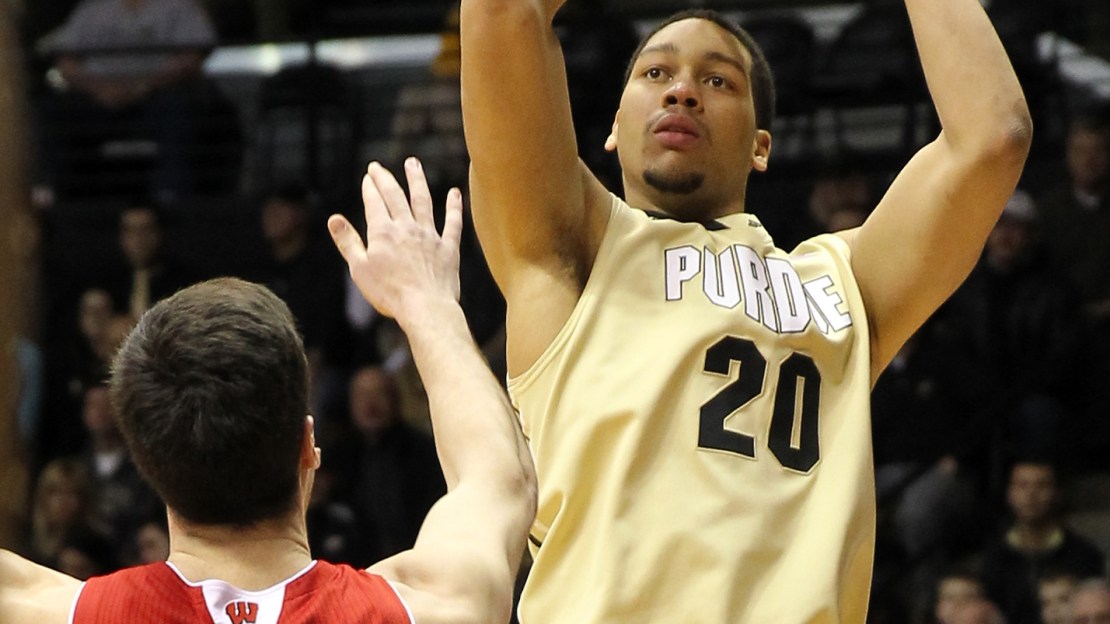 April 27th. Remember that date, Big Ten basketball fans. That is the day in which college basketball players across the nation must decide whether they are going to stay in school or make the jump to the NBA.

There are several Big Ten players who currently face that decision and will have to make a choice in the upcoming weeks. On that list is Michigan's Nik Stauskas, Glenn Robinson III and Mitch McGary, Michigan State's Gary Harris and Branden Dawson and Purdue's A.J. Hammons. Wisconsin's Sam Dekker and Frank Kaminsky are also included on the list, although several media outlets, including ESPN, have reported that both of them will be returning to Wisconsin next season.

So, we ask, how good will these teams be if everyone returns next year? What will the rosters look like if they all depart?

[ MORE: Dienhart: Who will stay, who will leave? | NBA draft analyst on B1G prospects ]

Here is a look at all the possible scenarios.

Projected starting lineup if Stauskas, Robinson III and McGary leave for the NBA.

Verdict: Stauskas is the most NBA-ready of this Michigan trio. The Big Ten Player of the Year was outstanding this season and has added more to his game than just his outside shot, which will be attractive to NBA scouts. Both Robinson III and McGary were very close to leaving last season, which makes me believe that they will both make the move this year. Robinson has an ideal body and skill-set to carve out a career as an NBA small forward. McGary missed the majority of this season with a back injury, but can he really afford to return to Ann Arbor and risk more back issues? I think if one them is going to come back it will be McGary, but it wouldn't shock me at all if all three made the decision to move onto the NBA.

Projected starting lineup if Harris and Dawson return next season.

Projected starting lineup if Harris and Dawson leave for the NBA.

Verdict: Gary Harris has the most NBA-ready game of any underclassman in the Big Ten, in my opinion. He could have been a lottery pick had he chosen to come out after his freshman season, but he returned to school to improve his skill-set and make a run at a Final Four. ESPN Insider Chad Ford currently has Harris projected as the No. 11 pick to the Charlotte Bobcats. Dawson is a toss-up who could go either way. He has the athleticism to be an impact player at the NBA level, but he is undersized for a power forward and lacks a polished jump shot to play small forward in the league. By coming back for his senior season, Dawson could continue to develop that jump shot and be the main option on a Michigan State team that will have plenty of young talent to compete for a Big Ten title. My guess is that he returns for his senior season, and I think that is the right move.

Projected starting lineup if Harris leaves for the NBA, and Dawson returns next season.

Projected starting lineup if Hammons leaves for the NBA.

Verdict: Hammons would benefit from another year in school, but I would be surprised if he doesn't bolt early for the NBA. He has the ideal size and height to carve out a career in the NBA, but will he be motivated to do so?