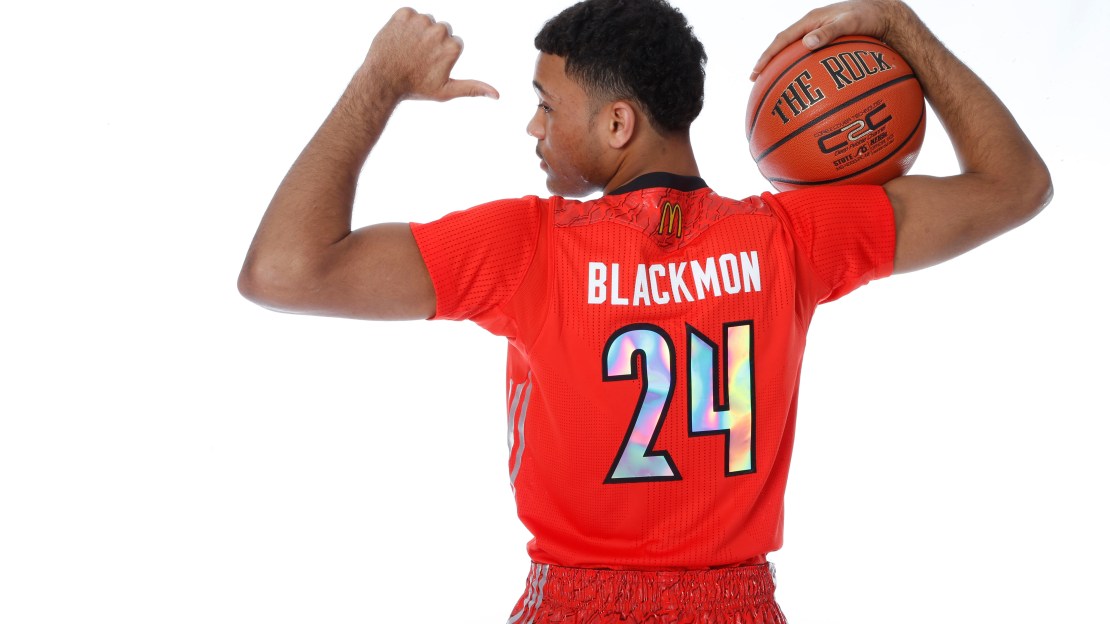 Freshmen often are expected to contribute the moment they hit campus. Look at what guys like Wisconsin?s Nigel Hayes, Michigan?s Derrick Walton Jr., and Indiana?s Noah Vonleh-among others–meant to their teams last season.

As we continue to turn the page toward next season, here?s a look at five incoming freshmen I think will have the best shot to make an instant and significant impact next season-and probably will need to if their respective teams expect to have a good season.

1. James Blackmon Jr., Indiana. If you watched the Hoosiers this past season, you saw the shooting deficiency. Indiana just couldn?t consistently shoot well from the perimeter without the likes of Jordy Hulls, Victor Oladipo and Christian Watford. And only one player who shot over 28 percent from three-point range last season is back in Yogi Ferrell. Well, Blackmon should solve that conundrum. The 6-2 Blackmon won the three-point shooting contest at the McDonald?s All-American game. Blackmon, whose father played at Kentucky and also coached him at Marion High in Indiana, is a transcendent talent who had offers from Kentucky, Kansas, Michigan and Michigan State, among others. He could be a one-and-done player. Yes, he?s that good.

2. Keita Bates-Diop, Ohio State. The Buckeyes lost a lot of talent in Aaron Craft and LaQuinton Ross. Enter Diop, part of an impressive array of incoming players to Columbus. A product of University High in Normal, Ill., the 6-7 Bates-Diop is an athletic player on the wing who will add a much-needed scoring dimension to an Ohio State squad that often struggled on the offensive end last season. Bates-Diop has off-the-charts athletic ability and can score inside or outside. Once he adds muscle and strength, he will be the total package.

3. D?Angelo Russell, Ohio State. Some consider Russell to be the top incoming player to the Big Ten. He could be. A 6-4 native of Louisville, Ky., Russell was a McDonald?s All-American who will have a just-add-water impact in Columbus for a Buckeye team that?s in desperate need of firepower. Russell is a quick point guard who is equally adept at scoring off the dribble as he is at pulling up for a jumper. He has uncanny vision and an unselfish knack in finding teammates with deft passes. Russell could be OSU?s go-to man next season and should from a nice lead guard tandem with Shannon Scott.

4. Jae?Sean Tate, Ohio State. The 6-5 product of Pickerington, Ohio, Tate is a quick and dynamic small forward who is relentless on the glass from his small forward spot. Tate also has an array of offensive moves, excelling mostly as a slasher and post player. He?s continuing to refine his ball skills off the dribble and ability to shoot from long range. His father is 6-9, so Tate could grow into a power forward, but he still figures to possess the requisite skills to work on the wing with quickness, agility, energy and toughness.

5. Romelo Trimble, Maryland. The 6-2 Trimble is a classic point guard who will run the show for the Terrapins as Mark Turgeon?s program transitions to the Big Ten. An Upper Marlboro, Md., product, Trimble is a scoring lead guard who has an explosive first step to go along with a smooth jumper. He?s also a deft ball handler and distributor who makes those around him better.

NINE OTHERS TO WATCH