Catch up on these Big Ten headlines 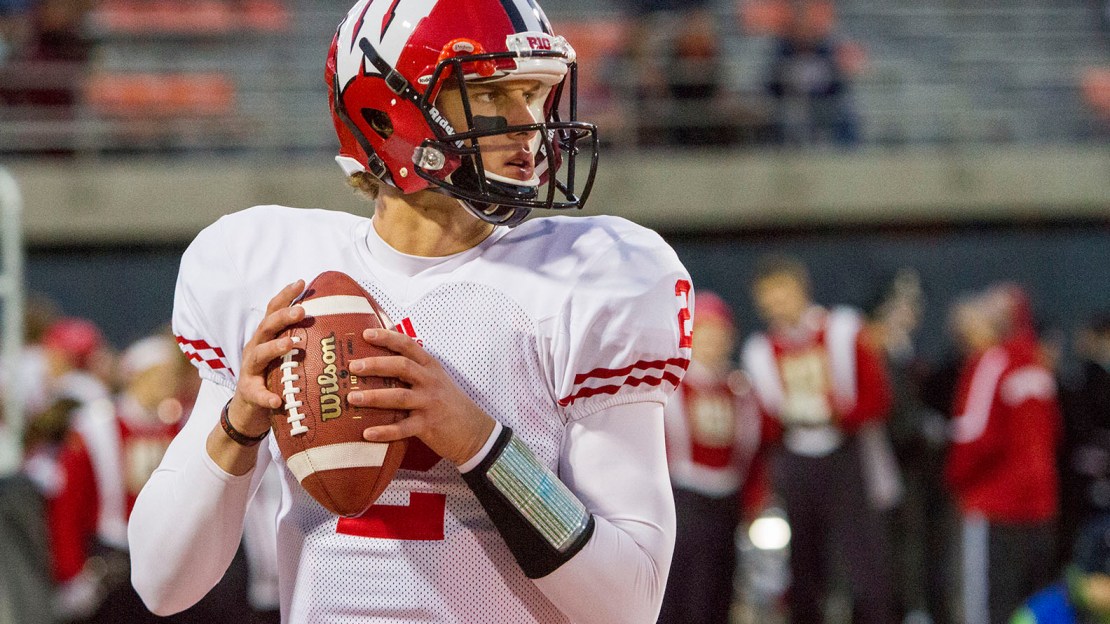 Uh-oh: Wisconsin quarterback Joel Stave has been shut down for the rest of spring practice with a shoulder issue. He says he?ll be OK for fall camp. Too bad. Stave needed all the work he could get after an, ahem, uneven 2013 season. Tanner McEvoy has assumed the No. 1 chair. The quarterback spot in Madison bears watching.

While on the subject of Wisconsin, here?s a good blog on how the Badger hoops team represented all that is good about college sports.

Yep, there was a lot to like about this gritty, hard-working bunch. No academic issues among them. No one-and-doners, either. That?s a far-and refreshing-cry from the combatants on Monday night.

Penn State will play its spring game on Saturday (watch it live on BTN2Go). An area to watch is the defensive line, with stud DaQuan Jones gone. So far, the unit has shown some good signs this spring. Keep an eye on youngsters like Parker Cothren, Garrett Sickels and Curtis Cothran. Ends C.J. Olaniyan and Deion Barnes will be anchors, along with tackle Austin Johnson. This could be a pretty good unit.

Speaking of Penn State, what does the football program's recruiting footprint look like? Take a look at this nice graphic.

Who has been Ohio State?s spring star thus far? LB Darron Lee has been one of them.

After playing sparingly last season, Lee has been running with the first team this spring at an outside linebacker spot. Cleveland.com points out that with the Buckeyes undergoing a defensive overhaul focused on simplifying and attacking, Lee has been singled out time and time again by Urban Meyer.

Among Griffith?s observations: Keith Appling?s wrist. His mysterious wrist injury will forever be a part of his legacy with the Spartans, for better or worse. What if Appling had been 100 percent all season?

The 2014-15 season hasn?t even been taken out of the box yet, but a buzz is building around Michigan. Why not? Looks like Caris LeVert could be the team?s next star. Could he be an All-American next season? This program is white-hot. But the fortunes of the next edition of the Wolverines will rest of whom among Nik Stauskas, Glenn Robinson III and Mitch McGary returns. Will any of them be back?

Ah, spring ? the grass grows, flowers bloom and hoop players transfer. Iowa has had attrition. In fact, Fran McCaffery?s crew has three scholarship openings. Will the Hawkeye boss fill them this spring?

I would doubt it. Could Iowa really find three Big Ten-caliber players in the spring?

So sad to hear of the passing of eight-year-old Lacey Holsworth, who became a national darling through her relationship with Adreian Payne and the Michigan State basketball team. God speed.

Look back at her story here.

And, I?ll leave you with this thought-provoking piece from the New York Times that wonders: Should the Big Ten have taken UConn instead of Rutgers?

Here is an interesting line from the story: ?(The Big Ten) supposedly wanted a foothold for its network in the New York area, but former Big East commissioner Mike Tranghese always said that, outside St. John?s, Syracuse and Connecticut were by far the biggest draws in New York.?

So, there is that.

Looking back at my preseason coll bkb top 32, had UConn at No. 18, Ky was my only correct Final Four pick (others were MSU, Lou and Duke) ..

Wonder if the ACC is wishing they would've invited UCONN into their league now? On the flip side, what a feather in the cap for the AAC.

My take: UConn is too good for the AAC. Still stunned no ?major? league has taken the Huskies.