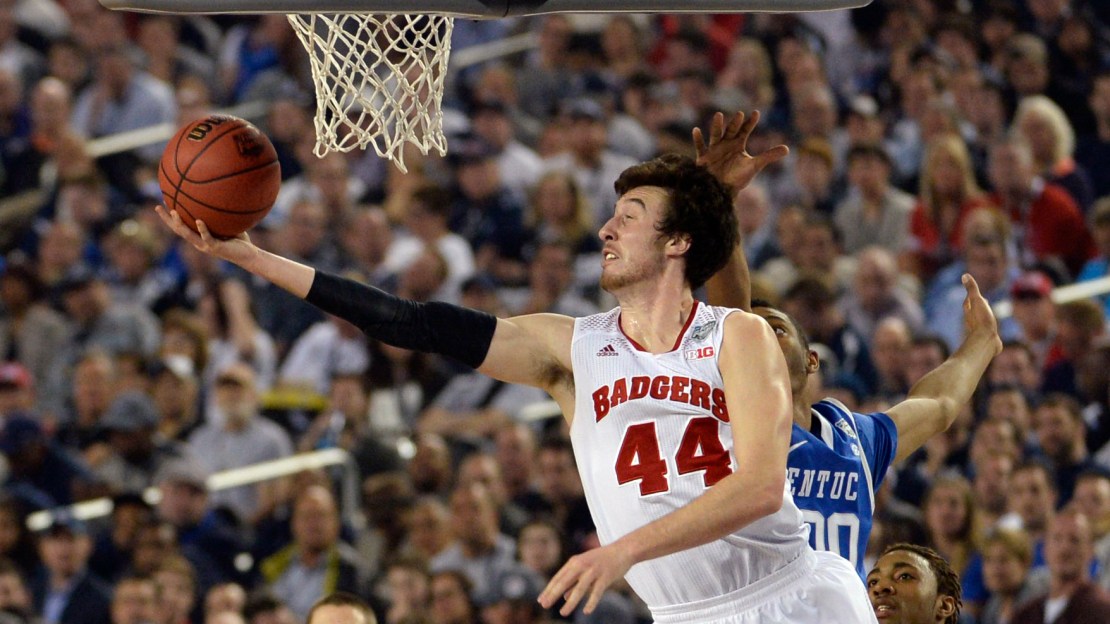 UConn?s win last night showed how good Michigan State could have been. Don?t follow? Well, it?s about guard play. The Huskies rolled to the title behind the backcourt tandem of Shabazz Napier and Ryan Boatright. The Spartans had a similarly skilled backcourt in Keith Appling and Gary Harris.

But the duo rarely was healthy in tandem this season. And, that proved fatal in the end. First, it was Harris? ankle. Then, it was Appling?s wrist. Oh, what could have been ?

This Wisconsin team that went 30-8 and reached the Final Four may have forever changed the perception of Badgers basketball. Why not Wisconsin? Why can?t the Badgers win a national title and consistently compete with nation?s elite? Why not, indeed.

Oh, and as for that last shot by Traevon Jackson against Kentucky that lipped out? The Badgers have no regrets.

"Trae wants the ball in positions like that. We're happy to give it to him, because he has made so many of those plays."

Canteen could be the remedy for an offense that lost go-to wideout Jeremy Gallon.

Punter Alex Butterworth is gone and there are no scholarship punters on the roster. Franklin praised kicker Sam Ficken for his work this spring but Ficken struggled down the stretch last fall, missing three of his last four kicks. For the season, Ficken connected on 15 of 23 tries but he was just 4 of 9 from 40-plus yards. Want more? OK. The Lions' returners did not produce a touchdown last season and kickoff returners averaged just 19.1 yards per attempt. In addition, PSU's kickoff coverage team allowed two returns for scores.

Thought I?d pass this along from the AP: An Ohio bill says college athletes aren?t employees. So, file that away for future reference.

On the subject of Ohio, the Buckeyes will write checks totaling over $2 million in guarantees to 2014 non-conference foes Virginia Tech, Kent State and Cincinnati. On another note, OSU will get $850,000 to play vs. Navy at Baltimore?s M&T Bank Stadium on Aug. 30.

Another good podcast from the gang at the Cedar Rapids Gazette. Click and gain knowledge on Big Ten hoops and spring football. Thank me later.

Nebraska may have something in LB Marcus Newby, who is becoming a pass-rush specialist. He?s a terrific athlete off the edge similar to Demorrio Williams. You remember him, Nebraska fans, right? Imagine Newby and Randy Gregory coming off the edges next fall.

Finally, there is this from new Rutgers? athletic director Julie Hermann, who a few weeks ago told a journalism class that it ?would be great? if the Newark Star-Ledger went out of business. That?s nice. Let?s just say Hermann isn?t excelling at winning and influencing people. Oh, this is just the latest incident involving Hermann that has raised eyebrows. You can't make this stuff up, people. Read all about it here. Warning: Prepare to shake your head in amazement.

I'm waiting this game out to see Cal Poly's snippet in the "One Shining Moment" montage.

My take: You blinked. You missed it. It was Cal Poly getting off the bus.

NU offensive coordinator Tim Beck said going against #Huskers defense has challenged his unit this spring: "It's been hard, man"

My take: Not bad.

UConn, the school that couldn't get an invitation to the Big Ten or ACC.

My take: Sure would look good in someone?s league.

UConn has 4 titles. Same as Duke. More than Kansas. Only UCLA, Kentucky, Indiana, UNC have more. Been on map since about '90.

My take: No program has been better the last 25 years.