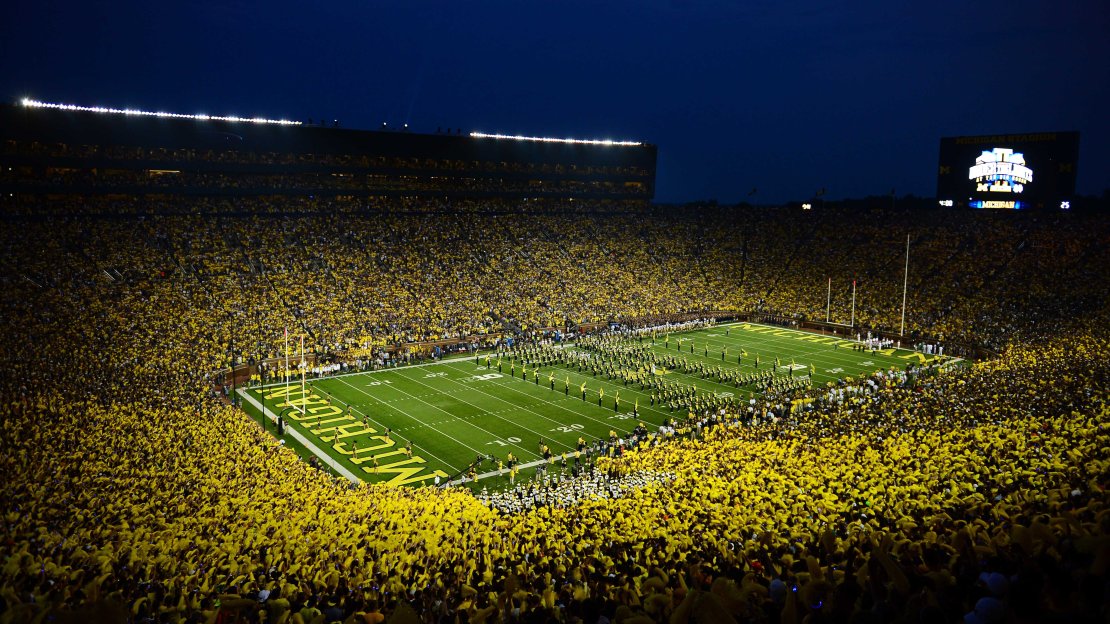 Michigan announced Monday that it will host its first Big Ten night game against Penn State on October 11. The Wolverines have played just two night games in the history of Michigan Stadium, both vs. Notre Dame, in 2011 and 2013. It's a new thing, and Michigan is 2-0 under the lights.

So, now it's time bring the lights to Big Ten play.

"The night game atmosphere created by our fans has been electric and we expect that same type of energy for our first-ever conference night game against Penn State," Brady Hoke said in the team release. "Our players really enjoy playing in primetime at Michigan Stadium."

The atmosphere is certain to be just as good, if not better, for this clash of historic powers. Michigan and Penn State, members of the Big Ten's new East Division, now will play annually after not playing each other in 2011 and 2012.

The two met last season, and you can bet the Wolverines will be looking to avenge the unforgettable 43-40 loss in quadruple overtime at Beaver Stadium.

Under The Lights (III): Michigan vs. Penn State » http://t.co/0s51bMDj8F pic.twitter.com/UwClZvtzZp