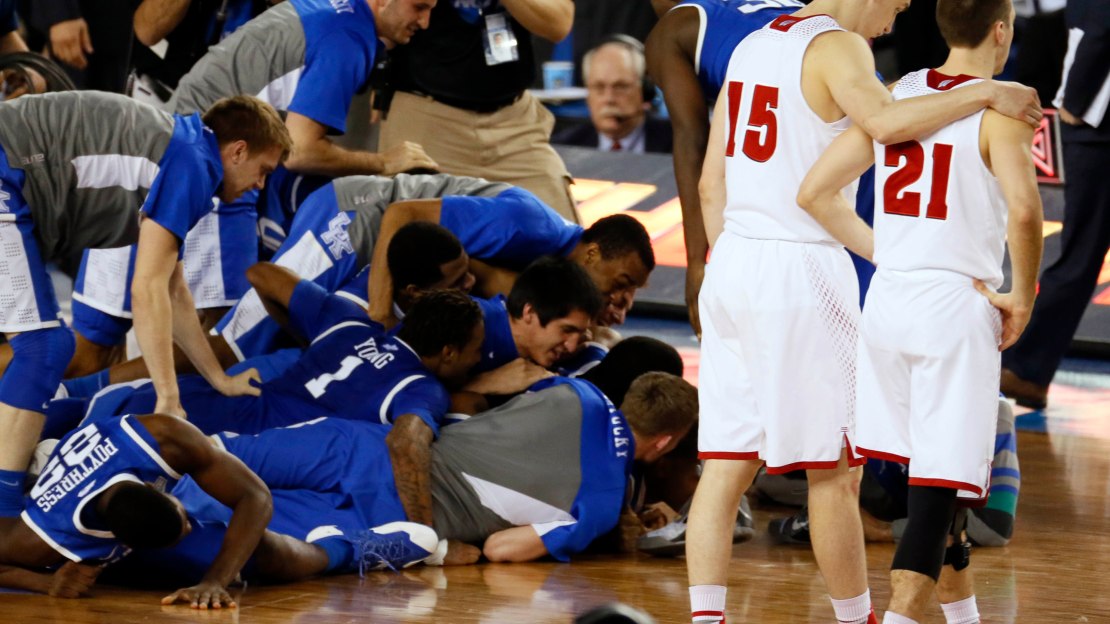 While the NCAA Tournament is without question a national treasure, the madness comes at a cost-sometimes, teams with a combined 18 losses will play for the right to credibly call themselves the best team in the country. For the most part we all play along, accepting that the bounces and breaks that necessarily play a large role in a single-elimination tournament do nothing more than lead us to the correct answer. It's not random, it's clutch. Or so we say.

If we wanted to reward the "best team"-tournaments be damned-the Big Ten probably would not be in such a national title drought. Illinois in 2005, Ohio State in 2011, and maybe Indiana last year all could make a credible claim to the best team in the country. But a couple of missed three-pointers and a 2-3 zone undid each of these squads at various points in the Dance, and much more modest banners hang in each of these teams' arenas as a result.

The Dance is the Best Thing Ever, and I wouldn?t dare argue otherwise. If we wanted to reward "best overall" based on some mathematical formula or popularity contest, the postseason would be as exciting as what you find in the Premiership playoffs. But I'm with Ted Lasso-why even do this?

All of this is to say that if you want to make history, you need not only be at your best at the end of the season, but some karmic assistance would be swell, too. Whether we're talking about one of these charge/block calls going your way, the opponent committing at least one unforced error (Kentucky committed just four turnovers in its win over Wisconsin), or simply seeing the opponent missing a contested 23-footer with 5 seconds remaining, any one of those could have been the difference when we're talking about a one-point loss. But that's the way it goes, sometimes.

The good news for the Badgers is that just about everyone is back and the team should expect some solid improvement from a couple of very promising freshmen. When a 30-win, Final Four team returns over 80 percent of its minutes, it's rightfully placed near (if not at) the very top of the preseason rankings. There's absolutely no reason Wisconsin should not be in Indianapolis next year during basketball's final weekend, celebrating with confetti. Except dumb luck, of course. It's not enough to be great as the 2005 Illini, 2011 Buckeyes, and 2013 Hoosiers can attest.

Obviously, Wisconsin's window of opportunity is open for at least another season, but I fear for the conference overall, it's beginning to close. Early departures mixed with a dropoff in recruiting as well as some Prussian-style expansion by the ACC have served to threaten the Big Ten's place atop the basketball world (a place it's held for the past four seasons). Obviously, you don't need to be the best conference to have a national champion within it (or vice versa), but it would be nice for Big Ten fans that are tired of debating nuance.

On that note, that's it for us this season. As always, you can find us on Twitter. Have a good summer, and we'll see you again when the weather starts to turn.