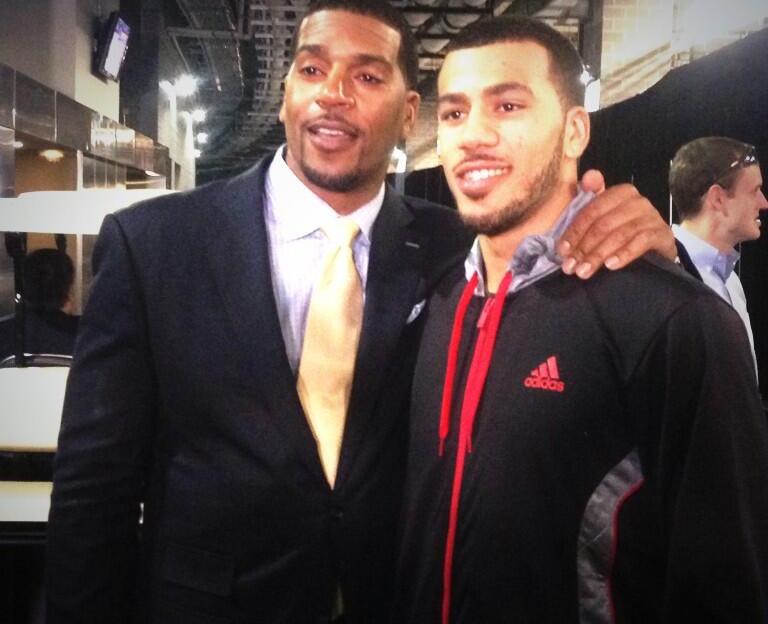 Wisconsin coach Bo Ryan and several members of the Badgers' men's basketball team took questions from the media Friday at Final Four media day. Ryan was in a joking mood, firing back a number of comical, quick-witted responses to the media members gathered at AT&T Stadium in Arlington, Texas.

BTN communications manager Derek Reinglass is in Arlington and got some great shots with players and coaches.

Let's take a look at some of the best sights and sounds from today's news conference.

MEDIA: Is there anything about coaching and competing in Division?III that you miss today and wish could be more of an aspect of Division?I?
COACH RYAN: Well, let's see. The day before we played the National Championship game in the years that I was in Division?III, I had a diet pop? I always say soda until I got to Wisconsin, now it's pop? and a cream donut at the Krispy Kream place, and enjoyed that, read the paper, did some crossword puzzles, and went to the game the next day. The difference? I haven't had a cream?filled donut today. I haven't had a diet pop.

I just found out how much I make now a year, because as a state employee I guess it's published anyhow. I've never seen a check in 40 years. Every place, wherever I was an employee, it always went into the account. My wife gives me $150 a month as allowance, whether I need it or not. So I don't get caught up in all that other stuff.

MEDIA: My question is, you guys are the second game tomorrow night. You have to wait all day. Now I know you played night games before, but this is not your typical night game?
COACH RYAN: You think it's past my bedtime? That's where you're going (laughter).

MEDIA: Frank, I'm curious, a long time ago, Bo remembered there was a guy at Kentucky who is no longer with us named Melvin Turpin. In high school, he couldn't walk and chew game, and he eventually became a great basketball player. Big guys develop late. When you started, was it easy? Was it tough for you? Did you have trouble walking and chewing gum and now you can obviously play? A lot of big guys it takes a long time.
FRANK KAMINSKY: It was difficult growing so much so fast. My biggest battle was with doorways. I used to hit my head on everything. Learning to duck was my first big battle. But I knew once I conquered that, that I would be good going forward.

MEDIA: For Frank, I talked to Josh and Sam about this, but, of course, last week you mentioned the whole white guy thing. Do you think there's a form of disrespect because guys will see you guys come on the court and it's like, Oh, well, these white boys can't play? But at the same time, you guys go out and you show that you're just as athletic and as talented as everyone else.
FRANK KAMINSKY: Obviously, I said it last week, sometimes we kind of fail that eye test. I know that me personally, I've heard comments about how I look like I'm asleep all the time. I don't know where that came from.

We're all in awe #FinalFour RT @marchmadness: The Badgers are a curious bunch: http://t.co/NKyY3ML4GR #FinalFour