How to watch Northwestern's spring practice 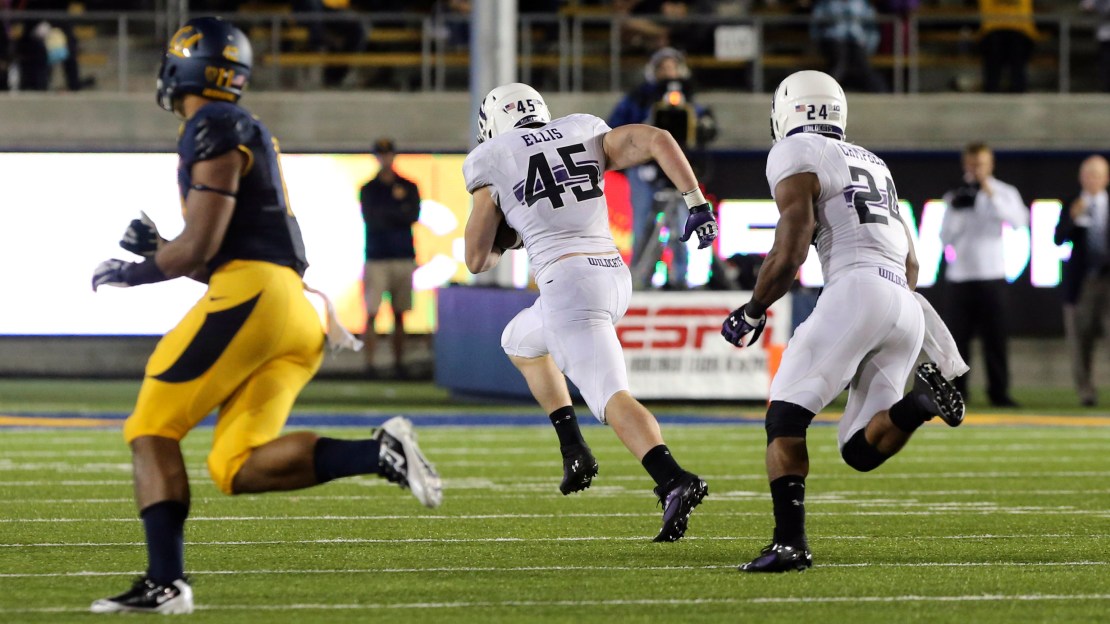 BTN/BTN2Go will air Northwestern's spring practice at 11 a.m. ET Saturday, with re-airs at 6 p.m. and 10 p.m.. The Wildcats, fresh off a disappointing 5-7 season that saw them miss a bowl game for the first time in six years, welcome back plenty of talent from a team that started 4-0 in 2013.

BTN.com will clip all of Saturday's top highlights and moments and tweet them out from @BTN_NU. After Northwestern's practice, get Gerry DiNardo and Howard Griffith's analysis on "BTN Football Report: Spring Football Edition" at 4 p.m. ET.

Are you on Twitter? Tweet your Big Ten football question right to our BTN analysts by using the hashtag #B1Gfootball. We'll use this hashtag throughout the month of April on our spring football telecasts. Here?s a look at three key questions Tom Dienhart has about Northwestern.

1. How is Collin Ellis' move from outside linebacker to inside linebacker going? Damien Proby was a steady force on the inside for this defense, and he will be missed after pacing the squad in tackles. Ellis is expected to take over for Proby, which means he'll be expected to lead a defense that finished No. 9 in the Big Ten (423.4 yards per game). The good news: Chi Chi Ariguzo, a back-to-back All-Big Ten honorable mention pick (media) is back and the unit continues to improve its athleticism.

2. Is senior Trevor Siemian the guy at quarterback? With Kain Colter gone, Siemian would appear to be the guy under center. It was thought Matt Alviti, a 6-0, 185-pound Chicago-area product who redshirted as a freshman last season, would make a push. But he?s still learning. Instead, junior Zack Oliver is pushing Siemian. At the least, Oliver appears to be the No. 2 man over Alviti. Siemian is more of a passer than runner, a proven commodity with lots of reps under his belt who dealt with a heel injury last season. He has three career starts and has thrown 542 passes for 3,717 yards with 20 touchdowns and 13 interceptions in his career. Still, keep an eye on Alviti, who has a similar skill set as Siemian after arriving amid hype after picking NU over the likes of Notre Dame and Nebraska. He brings an athletic dimension but can throw well. In fact, he has a much better arm than Colter.

3. How will competition at cornerback play out? NU has nice options in Nick VanHoose, Matthew Harris, Dwight White and Daniel Jones, who has been out all spring with injury. The staff has to like its options at safety with Ibraheim Campbell and Traveon Henry back. If the corner spots settle, NU could have one of the better secondaries in the Big Ten as it looks to improve a pass defense that ranked 10th in the nation (255.8 ypg). Like the linebacker spots, the secondary has continually improved its athletic quotient under Fitzgerald. But this group will miss the pass-rushing skills of Tyler Scott. This spring, Harris seemingly has passed White at the corner spot opposite VanHoose. Jones figures to be a factor in the fall, along with incoming stud freshman Parrker Westphal.

Here are some of Gerry DiNardo?s tweets from Northwestern camp: