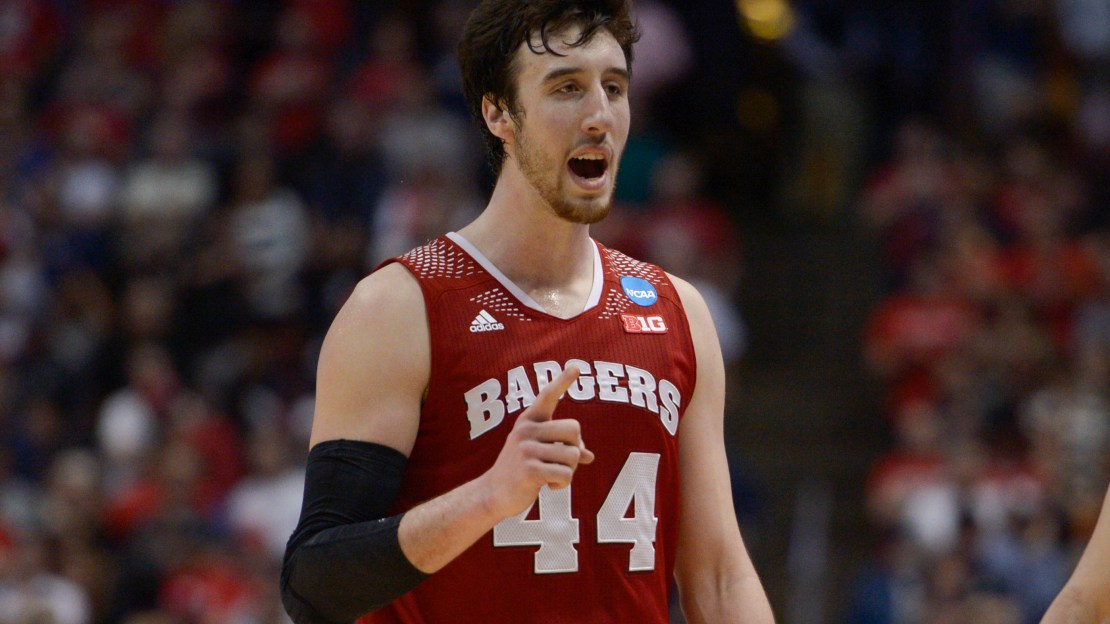 As the lone Big Ten team still standing, Wisconsin has finally broken through for its first Final Four under Bo Ryan. Can the Badgers keep it going? We'll find out Saturday night as Wisconsin will take on Kentucky in a national semifinal.

In a lot of ways, Kentucky looks like a better version of a team that Wisconsin recently dismantled: Baylor.

Don't believe me? Check out how Kentucky and Baylor compare on the offensive end when it comes to the Four Factors.

I've assigned a relative strength rating for each factor by subtracting the team's national rank in that factor from 351, which is the number of teams included in KenPom's rankings. The height of the column corresponds to how high the team ranked nationally in that factor. 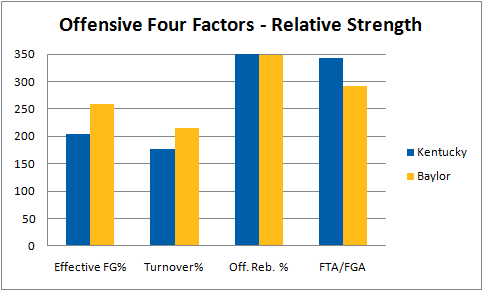 Kentucky's offensive strengths play right into the hands of Wisconsin's defense. The Badgers have become a very good defensive rebounding team, and they've been one of the national leaders at keeping opponents off the free throw line.

Despite Kentucky's physical advantages, I feel Wisconsin has a good chance to keep the Wildcats' offense in check, just as the Badgers did against Baylor.

Wisconsin isn't an elite defensive team, but this matchup seems to play to the Badgers' strengths. KenPom projects Kentucky to score 1.11 points per possession in this game, and I think the Badgers can do a little better than that. Somewhere in the 1.06 neighborhood seems like a reasonable expectation, which would be a major win against a hot Kentucky offense that has scored above 1.16 points per trip in three straight games.

To further our original comparison, let's look at Baylor and Kentucky on the defensive end: 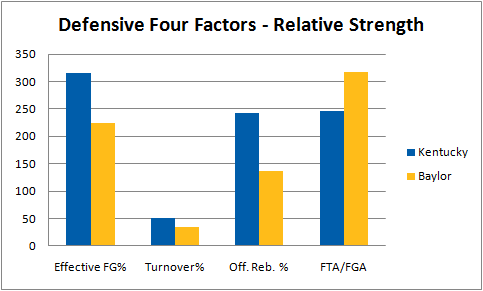 This is where the Baylor/Kentucky parallels aren't as strong. Both teams pack it in, relying more on their superior size than pressuring for turnovers, but the Badgers will see a very different look from the Baylor "zone" they sliced up.

Unlike Baylor, Kentucky is actually good at limiting open threes, which is obviously something that could loom large against a Wisconsin team that loves to shoot from deep.

If the Wildcats are successful at taking away the three, the Badgers will have to go inside, where things should be a bit more hospitable that they might have been. Willie Cauley-Stein, one of the nation's top shot blockers, is doubtful to play, which changes the complexion of Kentucky's interior defense.

In Cauley-Stein's absence, Michigan shot 51 percent on twos in that thrilling Elite Eight matchup, and that's something Wisconsin could pull off as well. The floor will be spread, and guys like Frank Kaminsky, Sam Dekker, and Nigel Hayes are all adept inside the arc. I think the Badgers will have a surprisingly good game from inside the arc, with Kentucky taking away a lot of the three-point looks we're used to seeing from Wisconsin.

KenPom projects the Badgers to score 1.13 points per trip in this contest, and I'd say that feels about right. Kentucky hasn't impressed defensively in this tournament, and Wisconsin's offense has been on a roll.

All in all, I like the Badgers' chances to advance to the national championship. KenPom projects a narrow 70-69 victory for Wisconsin on Saturday night, but I feel the details favor the Badgers ever so slightly.

I'll take Wisconsin by four. Bring on the rematch with Florida for all the marbles.