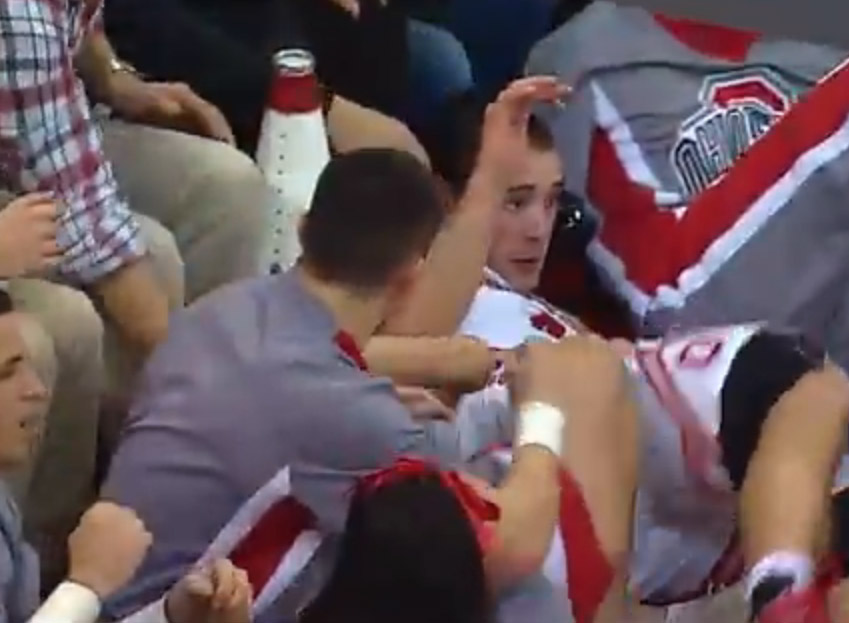 Ohio State senior Aaron Craft was named the 2014 National Defensive Player of the Year on Thursday. The defensive-minded Craft, who has been a menace to opposing Big Ten teams throughout his four-year career, leaves Ohio State as the Big Ten's all-time leader in steals with 337.

Craft totaled 89 steals this past season, which ranks second all-time in school history. He also holds the top spot on that list, recording 98 steals during his sophomore year. And, of course, who can forget about Craft's incredible ability to solve a Rubik's Cube, which can be seen in the video at the top of this post.

Here is a look at Craft's most memorable defensive plays from the 2013-14 college basketball season.

VIDEO: Stop us if you've heard this before: @OhioStateHoops Aaron Craft with the steal. #quickhands WATCH – http://t.co/3qoLaUAfAW

4. Aaron Craft gets the steal and throws a ridiculous pass to Shannon Scott for the layup.

INSTANT HIGHLIGHT: What did @OhioStateHoops Aaron Craft's sixth steal of the night look like? This. WATCH – http://t.co/XFSQAz5M6y

3. Aaron Craft with one of the best hustle plays you will ever see.

INSTANT HIGHLIGHT: This sequence pretty much says it all about @OhioStateHoops' Aaron Craft. WATCH – http://t.co/jNZTMAWW7i

2. Aaron Craft flies in for a steal and calls a timeout.

ICYMI: Did you see Aaron Craft go airborne for a loose ball and call an @OhioStateHoops timeout? WATCH – http://t.co/pGaIccZx60

1. Aaron Craft dives into an Ohio State cheerleader as he saves the ball from going out of bounds.

VIDEO: Look out!!! Aaron Craft takes out a cheerleader as he flies to save ball. @OhioStateHoops. WATCH – http://t.co/IhYetSCDon