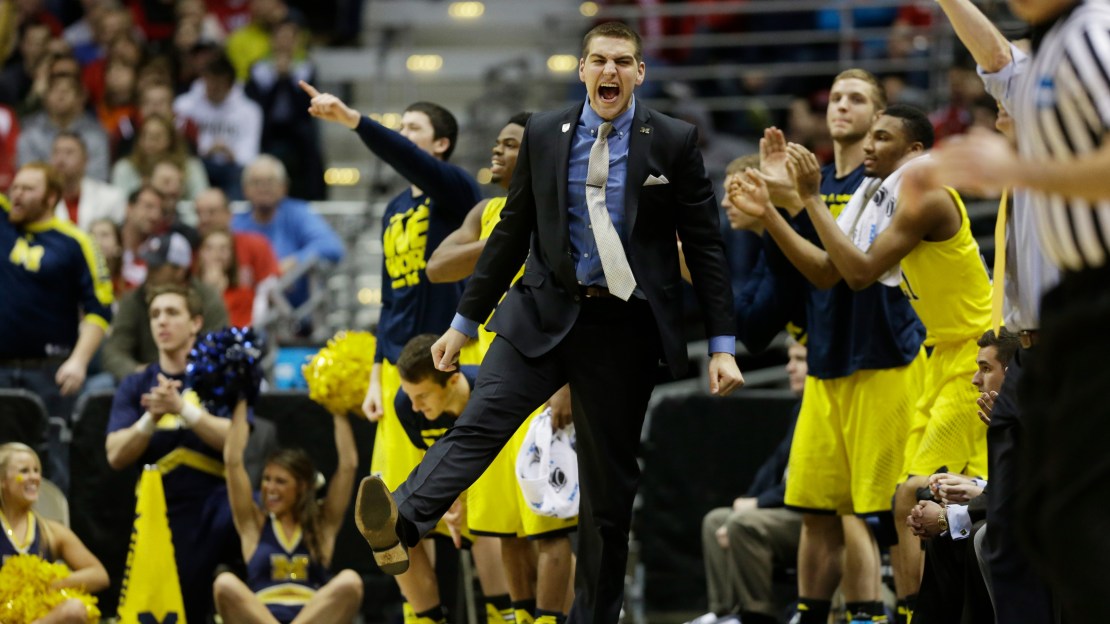 In case Wisconsin fans need a reminder, the Badgers will be facing a young and hot Kentucky team in the national semifinals on Saturday. One month ago today, Kentucky lost to a South Carolina club that would go on to finish 13th in the SEC. UK shot 27 percent in the 72-67 setback. Now, look at the Wildcats.

Wisconsin knows all about struggles. Before this run to the Final Four, the Badgers suffered through a 1-5 skid from Jan. 14-Feb. 1 that had many scratching their head and wondering what direction this team was going to go.

The Badgers are playing with house money. They already have reached their potential-and then some. For me, anything Wisconsin does from here on out is a bonus.

Michigan is still stinging from its loss in the Elite Eight to Kentucky in an epic game. But the future remains bright. And it always will be as long as John Beilein is around.

Next season, this team will have Caris LeVert, Derrick Walton, Zak Irvin and Jon Horford. And it could have Nik Stauskas, Glenn Robinson III and Mitch McGary if they all opt to return. April 27 is the deadline for underclassmen to enter the NBA draft. Hold your breath. No way all three of those guys will be back next season.

Michigan State is left to point toward next season, too, after its Elite Eight loss. And Tom Izzo expects to be underestimated in 2014-15.

Yes, that could be the case with seniors Adreian Payne and Keith Appling gone. And Gary Harris and Branden Dawson could turn pro.

"We'll be OK, just like we were in 2002 and 2006 when we were pronounced dead because we had no bigs, no anybody," Izzo told The Associated Press on Monday.

Well, losing Harris and Dawson would be big blows. BIG blows. Travis Trice, Denzel Valentine, Matt Costello, Gavin Schilling and Alvin Ellis will form a nice core next season. Here is a breakdown of the Spartan roster, looking back and ahead, by Joe Rexrode of the Detroit Free Press.

Hey, looky here: Minnesota still is playing hoops. The Gophers are in the NIT Final Four, set to square off vs. Florida State. This is the same FSU squad that Minnesota beat 71-61 on Dec. 3 in the Big Ten/ACC Challenge. Watch and listen to the Seminoles? Okaro White compare and contrast the April Gophers with the December Gophers.

A bigger, stronger Jeremy Langford? Yep. And that?s a scary thought after he broke out in 2013 with 1,422 yards rushing with 18 touchdowns.

The guy surprised me last year maybe more so than any other Big Ten player. But, give credit to the o-line, which really came together.

Cleveland.com thinks Ohio State could be better off with its best defensive linemen playing less.

?You can?t play 70 plays full speed,? said Larry Johnson, who is running the Buckeyes? defensive line this season after spending the last 19 years at Penn State. ?(Guys) like to say they can, but that?s not going to happen. You can play 40 or 50 plays full speed and get (other) guys to come play 20 plays full speed, and that?s what we like to do.?

Those around Penn State are understandably excited about the James Franklin era. Why not? They guy teems with promise and potential. I mean, if he can win at Vanderbilt, what could he do at Penn State? Exactly. Still, challenges loom.

This is still a roster that lacks proven, quality depth. So, Franklin?s message to incoming freshmen: Be ready to play.

Despite the warning bells being sounded, I think Penn State will be just fine this fall. Expect another winning record, as the program continues to push the NCAA sanctions further behind.

Ameer Abdullah: "I may be jumping the gun, but I don't think there's a better defensive lineman in the conference than Maliek Collins."

My take: The guy could be good. We shall see.

Pitino said his brother, Ryan, who lives and works in NY, will be at #Gophers game but not in a chicken suit. Too bad pic.twitter.com/2s5N0LQqqN

My take: This is too bad.

No decision yet on starting QB at Illinois. This from Cubit: "We?re just kind of playing it out. The main thing is just to be fair."

My take: Oh, come on! Wes Lunt is gonna be the guy. If he isn?t, Illinois will be in trouble.