Take a look back at Frank Kaminsky, the 3-star recruit 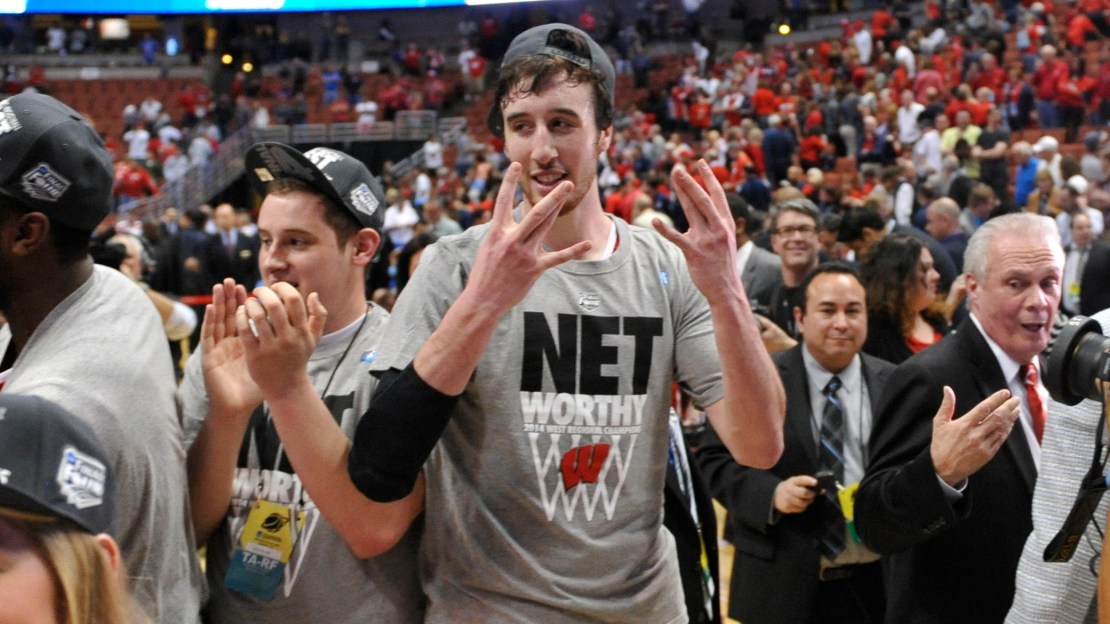 Wisconsin big man Frank Kaminsky may be the most unlikely star among the players that will gather for the Final Four this weekend in North Texas.

The Badgers will play No. 8 Kentucky on Saturday in a national semifinal game. And Kaminsky will be a key player for Wisconsin as it deals with a big and talented Wildcats squad that seems to be harnessing all of its talent at the perfect time. Bottom line: This is the type of story you can?t make up.

Coming out of Benet Academy in Lisle, Ill., a Catholic Benedictine College prep school, Kaminsky was the classic fly-under-the radar three-star prospect, according to rivals.com.

Kaminsky also was a three-star recruit, according to Scout.com, after earning first-team All-State honors from the Chicago Sun-Times.

Here is a post on the 2011 Wisconsin recruiting class, which also included Traevon Jackson and Jarrod Uthoff.

Said Bo Ryan in a release upon signing Kaminsky:

?Frank?s development has sky-rocketed over the past six months. He went from having a hard time getting on the floor in AAU the summer before his junior year, to having a large contingent of suitors by the following spring. He?s long, skilled and has a knack for finding the basket. His dad was a former college player and coach so he?s been taught the right way from day one. A very good student at a very challenging school - he fits the profile of what a student-athlete has to be at Wisconsin in order to be successful. Our staff is really excited about what the future could hold as Frank continues to grow and develop. I know he is excited to have a great senior season at Benet and then move on to what?s next for him. Badger fans will enjoy watching him mature in Cardinal and White.?

Kaminsky?s rivals.com profile lists him at 6-10, 220 pounds. And the profile says he had offers from Wisconsin, Bradley, DePaul, Northern Illinois, Northwestern and Southern Illinois. Check out the first story on Kaminsky in his rivals.com archive.

Kaminsky-whose was a high school teammate of Northwestern guard Dave Sobolewski–gave a commitment to the Badgers back in June 2010. The rest, as they say, is history.

Now, there isn?t a program in America that wouldn?t want the 7-0, 234-pound junior Badger big man, who first made headlines by scoring a Wisconsin single-game record 43 points vs. North Dakota in November en route to earning first-team All-Big Ten honors. Kaminsky has underrated athletic ability, combining the skills to work off the dribble along with 3-point range.

Kaminsky was at his best the last time out, scoring 28 points with 11 rebounds in the thrilling 64-63 overtime win vs. Arizona in the Elite Eight to give the Badgers their first trip to the Final Four since 2000.

The spotlight will glow brighter on Kaminsky, who has become a major talking point in the NCAA tourney, the classic story of an overlooked and under-recruited player who has blossomed into a legit NBA prospect.