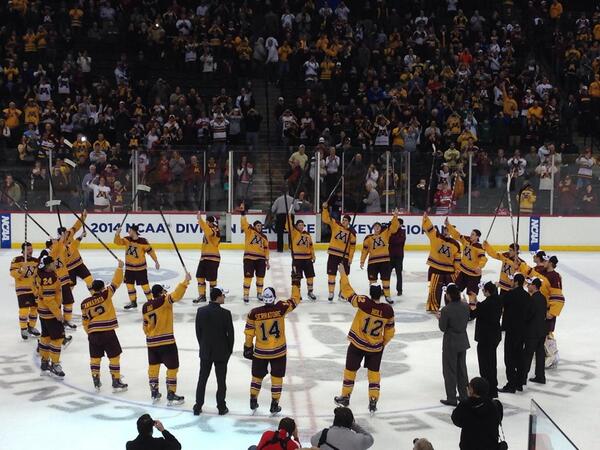 Justin Kloos scored a pair of goals, including the game-winner, and Hobey Baker Award finalist Adam Wilcox continued his great season in net with a 24-save shutout as No. 1/2 Minnesota defeated No. 8 St. Cloud State 4-0 in the 2014 NCAA West Regional final at Xcel Energy Center in St. Paul on Sunday night, sealing the Golden Gophers 21st trip to the NCAA Frozen Four.

Kloos, who finished the weekend with three goals in two games, was named the West Regional Most Outstanding Player by the media following the game.

Minnesota will find a familiar foe waiting in the national semifinals – former WCHA rival North Dakota. The Gophers will take on UND on Thursday at the Wells Fargo Center in Philadelphia. Game time is 7:30 p.m. CT.