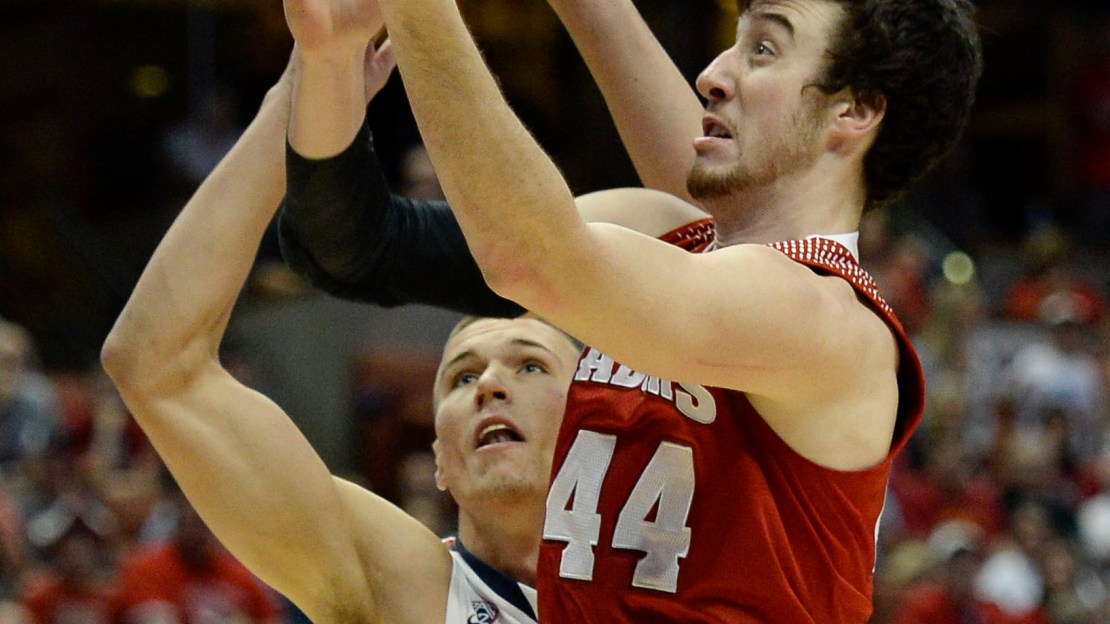 (AP) Wisconsin bumped and grinded its way into the Final Four. Frank Kaminsky had 28 points and 11 rebounds for Wisconsin, rallying the Badgers to a 64-63 overtime victory against Arizona in the West Region final Saturday night.

The Badgers (30-7) advanced to their first Final Four appearance since 2000 on Saturday night, and first for 69-year-old coach Bo Ryan, who earned his 704th career victory.

Nick Johnson had the ball with a chance to win, but he missed a shot that came just after the buzzer for Arizona (33-5), the top-seeded team that has yet to win a West Region final in Anaheim in four tries. Johnson led the Wildcats with 16 points, and Aaron Gordon had 18 rebounds in the relentlessly physical game.

HIGHLIGHT: Wisconsin with a step-back three to take the lead! (by @InfinitiUSA) #MarchMadness http://t.co/vcmdIDpY6N