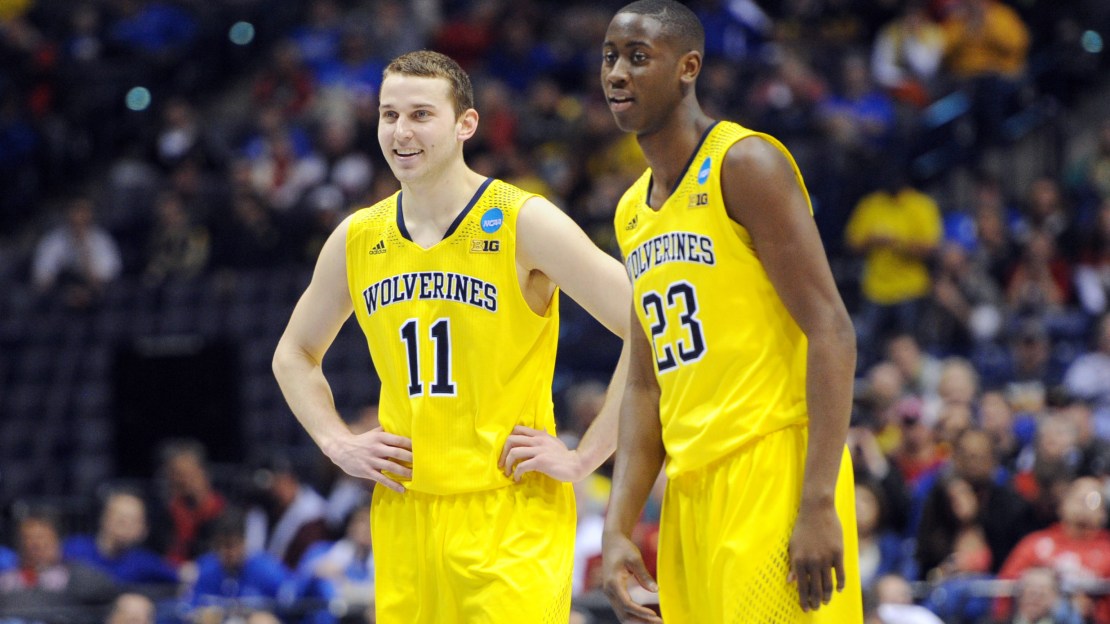 Just like Wisconsin doused a hot Baylor team last night in the Sweet 16, Michigan dumped water on a hot Tennessee team tonight in its Sweet 16 game. It wasn?t as easy for the Wolverines as it was for the Badgers. Regardless, the Wolverines won, 73-71, and are just one win from returning to the Final Four for a second season in a row.

Up next is a game vs. the winner of the Kentucky/Louisville game in the Midwest Regional Final.

This is a Michigan team that has confounded experts all season. The party wasn?t going to end on this night in Indianapolis. Few, if any, saw the Wolverines in this spot. Trey Burke was gone early after winning Big Ten Player of the Year honors. Tim Hardaway, Jr., bolted early for the pros, too. Oh, and Mitch McGary was limited to eight games because of a bad back after a sensational freshman season.

None of it mattered.

John Beilein?s team rolled through the Big Ten, going 15-3 and winning the program?s first outright league championship since 1985-86. And Michigan took the title by three games.

The Wolverines entered the NCAA tourney as a No. 2 seed. Now, they are a step closer to returning to the national championship game for a second season in a row after losing last season to Louisville, which of course could stand in the way of Michigan?s return to the Final Four on Sunday.

The Wolverines looked like they were going to run away with this game vs. Tennessee-literally and figuratively-from the opening tip. Tennessee led 21-20 at the 10:30 mark of the first half. From there, Michigan was in control, showing the deft shooting touch that has been the trademark of this team all season.

The Wolverines scorched the nets in the first half, shooting 61.5 percent (16-of-26). From three-point range, Michigan was even more deadly, hitting 77.8 percent (7-of-9). The result: Michigan?s 45 first-half points were the most allowed all season by Tennessee, a No. 11 seed that rolled into Indianapolis having beaten Iowa, UMass and Mercer.

John Beilein?s team doesn?t just shoot with aplomb, it passes with aplomb. Time and time again, the Wolverines showed patience and precision with their passing, finding the open man who often was cutting to the hoop and throwing down a dunk. Michigan finished with 14 assists, hitting 55.1 percent of its shots and 55 percent from 4-point range.

And, Michigan needed every one of those sharp passes, dunks and 3-pointers to hold off Tennessee, which had trailed by 15 at one point but narrowed it to one point in the waning moments. But Michigan hung on to win its 10th of 11 games with four players in double-figures led by Jordan Morgan?s 15 points and seven boards.

This will be a tough Wolverines team to beat. They are so offensively skilled with an array of shooters and weapons spread across the court.

Another step has been taken by the Wolverines. And with each step, you get the feeling Michigan is developing more and more of an unbeatable attitude and aura.