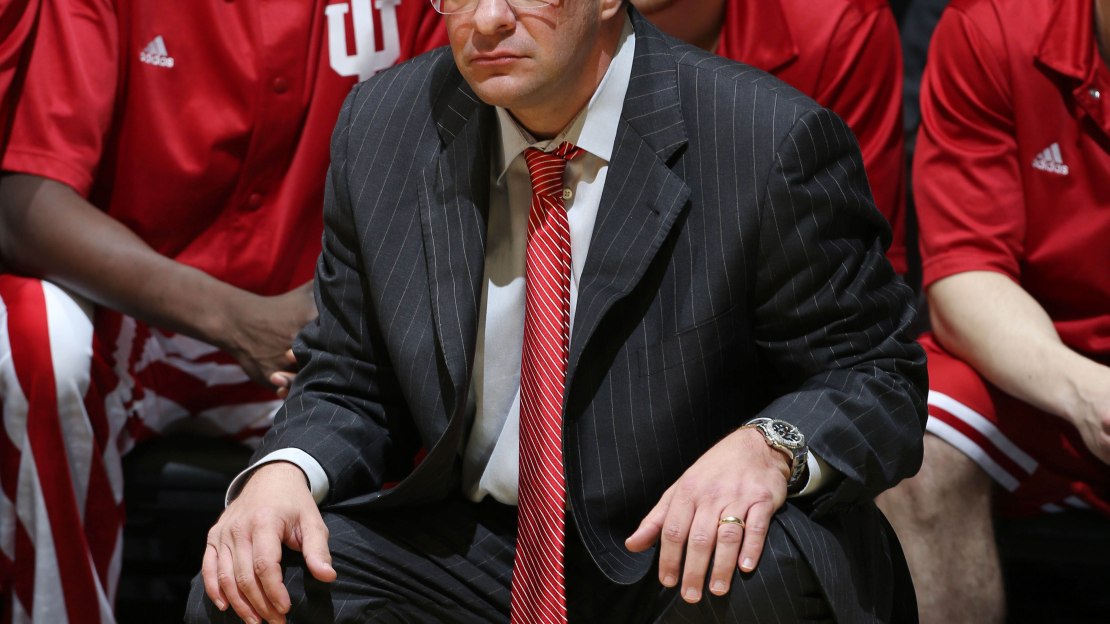 Lots going on at Indiana recently, with the recent announcement that Jeremy Hollowell and Austin Etherington will transfer. Even bigger: Noah Vonleh is going to turn pro after just one season. Earlier, Luke Fischer bolted. Last season, Remy Abell and Maurice Creek transferred. Jeff Rabjohns of Peegs.com has a nice recap of all the activity.

Time to play the ?what-if? game. What if Michigan big man Mitch McGary had opted to have surgery on his back in November instead of January?

Had the procedure been done in November, McGary may have been able to return to play in this NCAA tourney run. Fascinating, isn?t it?

?Nik shot threes today and he had to make 36 threes in three minutes, two balls, one rebounder,? he said. ?He went 36 for 37. It should have taken him three minutes. It took him a minute and a half.

?It was incredible. Boom, boom, boom. Over and over again.?

You betcha that Trey Burke is following the NCAA path of his school, Michigan. And he thinks sophomore Nik Stauskas is a first-round pick.

?I saw it in him the first time I saw him play,? Burke told the Detroit News. ?He?s a legit 6-foot-6, can handle, can score. There?s things you can work on, there?s definitely potential to be a first-rounder, this year, if he decides to come out.?

Ohio State took some heat this past season for playing a soft non-conference schedule. Well, fans should like the fact the Buckeyes have scheduled a tilt with North Carolina to be played in Chicago for next season.

If Michigan State fans don?t notice that the Spartans kick off spring drills today, that?s understandable. The hoop team is rolling onto the Sweet 16 with a trip to the Final Four in its sights. No worries, Mark Dantonio is ready to roll. And the message to his players: Handle success.

Speaking of Wisconsin, it may have the most challenging Sweet 16 game among Big Ten squads, as a red-hot No. 6 Baylor team looms.

That Bears? zone defense can be confounding, given Baylor?s length and athletic ability. The Bears crushed a good Creighton team by 30 points in the third round, using a vexing 1-3-1 zone.

Good stuff from Mike Griffith of Mlive.com. Tennessee beat upcoming Michigan State foe Virginia like no other team this season. Cuonzo Martin shares the keys to the Vols? resounding win over the Cavs. Someone put this article on Tom Izzo?s desk.

Well, Penn State?s hoop season is over, ending with a not-so-glorious loss to Siena in the CBI.

Believe Luke Kennard would be first Ohio Mr. Basketball that Thad Matta has offered at Ohio State that he didn't get. #buckbk

My take: Tough blow for the Buckeyes, as the kid picked Duke.

My take: I?m not gonna bet against Craft.

http://t.co/greChHJgIH projects Tennessee as a 66-65 winner over Michigan in the Sweet 16.

This was Cook's third year of winter conditioning at MSU and says this has been the hardest the coaches have pushed the players.

Are you serious, Siena fans? If you storm the court after a damn CBI win over Penn State, you are an embarrassment to fans.

Could #Purdue use a guy like West Virginia transfer Eron Harris, who is from Indy? Something else to consider on a slow news day.

My take: The answer would be ?yes.?

When you take a step back and look at it, don't think IU was really hurt by today's transfers. In fact, may be in a better place.

Kelvin Sampson is rumored to be the top candidate at the University of Houston. Nothing more inspiring than a second chance. Sarcasm.

If #Gophers win Tuesday they would play the winner of Florida State-Louisiana Tech in the NIT semifinals April 1 at Madison Square Garden.