Dienhart: What I'll be watching at Iowa spring drills 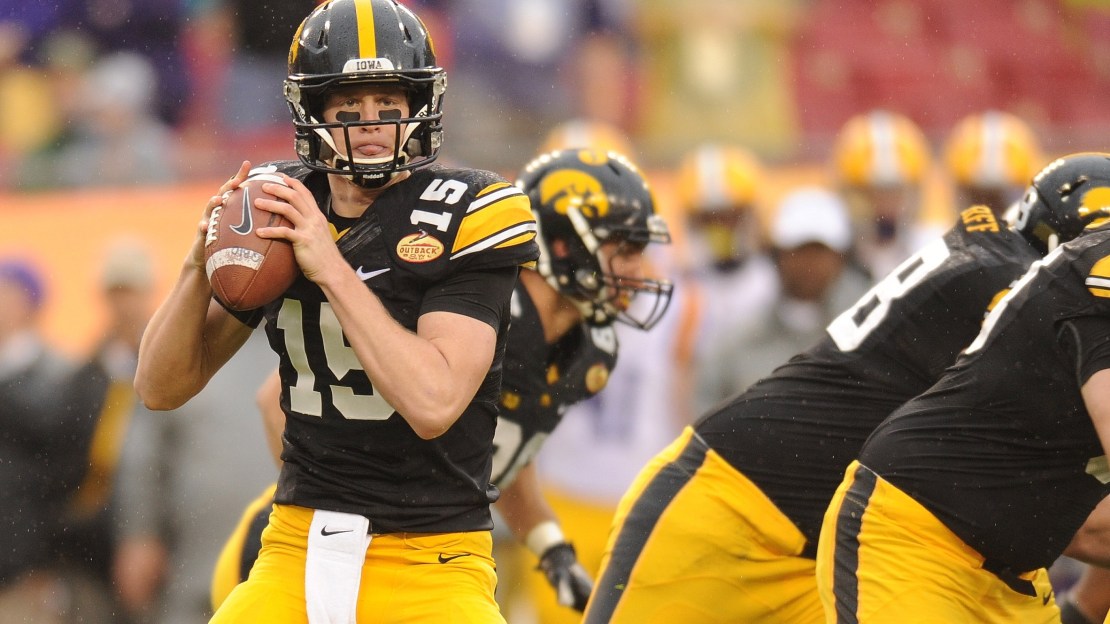 Now in his 16th season, Kirk Ferentz is looking to get the Hawkeyes back on top as they compete to win the new Big Ten West Division.

Iowa will have a nice collection of running backs, led by Jordan Canzeri, Mark Weisman and LeShun Daniels. And Jake Rudock showed promise in his first season as the starting quarterback. The o-line also should be solid with Brandon Scherff ranking as one of the top left tackles in the nation. Center Austin Blythe and right guard Jordan Walsh also are back but a right tackle and left guard are needed. Andrew Donnal looks like the front-runner at tackle and Eric Simmons at guard.

Here are three areas to watch this spring as Iowa takes to the practice field.

1. The Hawkeyes must re-tool their linebacking corps, which has lost stalwarts in Anthony Hitchens, James Morris and Christian Kirksey. Players like Reggie Spearman, Quinton Alston and Travis Perry will audition for roles. Spearman is a touted player who could be special. All three have experience and talent, so this group could develop quickly. And it certainly will help to play behind a veteran d-line.

2. The passing game needs some oomph. The attack tied for ninth in the Big Ten last season (197.1 ypg). Only three teams threw fewer than the Hawkeyes? 19 touchdown passes. QB Jake Rudock needs to take the proverbial next step in his development. He showed flashes last season. Keep an eye on the tight ends with C.J. Fiedorowicz gone. Who will step up? Ray Hamilton? Jake Duzey? George Kittle? The Hawkeyes also need more playmaking ability at wideout. Guys like Kevonte Martin-Manley, Jacob Hillyer and Tevaun Smith must step up. Perhaps some youngsters will help. Damond Powell is a speedy former JC transfer who could emerge. Redshirt freshmen Derrick Willies, Derrick Mitchell and Andre Harris will get a shot to impress. The better the vertical passing game, the better the strong Iowa ground game will be.

3. The secondary needs work with free safety Tanner Miller and corner B.J. Lowery gone. The unit will be built around strong safety John Lowdermilk and corner Desmond King. But Lowdermilk could move to free safety. If that happens, corner Jordan Lomax could get a look at safety. Nico Law would seem to be an option, too, but the safety apparently may get some looks at linebacker. Stay tuned. If Lowdermilk stays at strong safety, Anthony Gair could be the guy at free safety. The vacant spot at cornerback looks a bit more clear-cut. It appears like Sean Draper is the top option to start opposite King, but Reese Fleming could push him.