Dienhart: 16 fun numbers for the Sweet 16 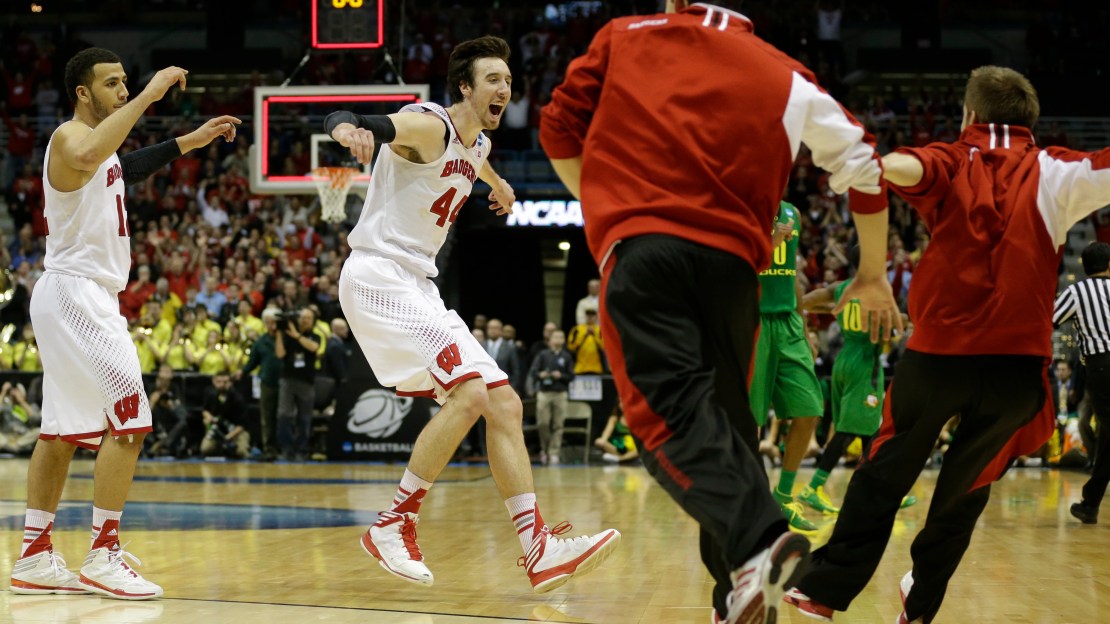 The NCAA tourney is down to the Sweet 16. No. 2 Michigan will battle No. 11 Tennessee; No. 2 Wisconsin will battle No. 6 Baylor; No. 4 Michigan State will take on No. 1 Virginia. Here are 16 fun numbers to keep in mind while watching the upcoming action.

55.5, points allowed per game by Virginia, Michigan State?s foe. That ranks No. 1 in the nation. The Cavaliers rank No. 9 in the nation in field-goal percentage defense, allowing opponents to shoot just 38.6 percent. Virginia notched double-digits wins over No. 16 seed Coastal Carolina and No. 8 seed Memphis. It held those two teams to 59 and 60.

41, career-high point total for Adreian Payne in a second-round win over Delaware. Branden Dawson notched a career-high 26 points in a third-round game vs. Harvard.

50, the shooting percentage of Tennessee in an 87-52 win over Virginia on Dec. 30 in Knoxville. It was the last time a team shot over 50 percent vs. the Cavaliers.

52, combined points that Tennessee has beaten its three NCAA foes: Iowa, UMass and Mercer. This just in: That's kind of good.

7.5, turnovers Wisconsin is averaging in the Big Dance. The Badgers led the NCAA leaders in fewest turnovers per game (8.0 avg.) during the season. This team doesn?t beat itself.

73.9, Wisconsin?s scoring average. That makes this the program?s best offense of the Bo Ryan era, while ranking fifth in the nation in offensive efficiency (1.20 points per possession). Wisconsin is scoring 80.0 ppg in the NCAA tourney.

40.5, Michigan?s three-point percentage in NCAA games played in domes last season. The Wolverines hit 34-of-84 treys in playing two games at Cowboys Stadium and two in the Georgia Dome. Michigan?s Sweet 16 games this weekend will be Lucas Oil Stadium in Indianapolis.

9, wins for Michigan in its last 10 games. The lone loss was to Michigan State in the Big Ten title game. No Big Ten team is hotter.

16.2, 7.0, the scoring and rebounding averages over the last 10 games for Wisconsin?s Frank Kaminsky. His matchup with 7-1 Baylor star Isaiah Austin will be key. And lots of fun, one of the best in the Sweet 16.

14, years since the Big Ten has had a national championship. Tom Izzo led Michigan State to the crown in 2000, as the Spartans beat Florida in the now demolished RCA Dome in Indianapolis.