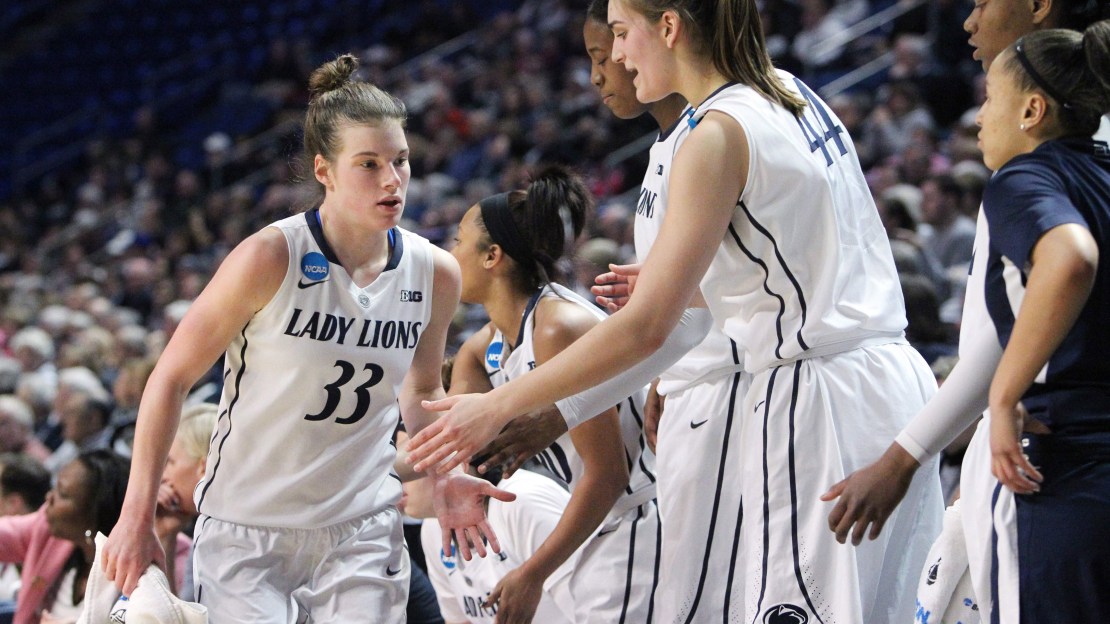 One night after two Big Ten women's team were ousted from the NCAA tourney, Penn State punched its ticket to the Sweet 16 in a convincing 83-61 victory Tuesday over Florida. Iowa and Michigan State weren't as fortunate, though, as they were eliminated by Louisville and North Carolina, respectively. That leaves the Lady Lions as the last of five Big Ten teams standing. Catch up on all of Tuesday's action in this post.

PENN STATE 83, FLORIDA 61 | AP RECAP | BOX
(AP) Maggie Lucas planted a kiss on the Penn State logo, one final imprint on her home court. She was the last Lady Lion to sprint toward the locker room, pumping her fist for the final time in front of her fans. Lucas is determined not to make it her final celebration in the NCAA tournament. Lucas and Dara Taylor each scored 22 points to send Penn State into the Sweet 16 with a 83-61 win over Florida on Tuesday night.

NORTH CAROLINA 62, MICHIGAN STATE 53 | AP RECAP | BOX
(AP) Diamond DeShields had it all working: the pullup in transition, the stepback jumper over a defender, the defense, the rebounding. Determined to put her lackluster NCAA tournament debut behind her, North Carolina's star freshman put on a dominating show to help the Tar Heels beat Michigan State 62-53 in Tuesday night's second round. DeShields finished with 24 points and a season-high 12 rebounds, a reversal from the game that nearly put an early end to UNC's season.

LOUISVILLE 83, IOWA 53 | AP RECAP | BOX
(AP) Shoni Schimmel had 26 points, seven assists and five steals to help Louisville thump host Iowa 83-53 on Tuesday night to earn their fifth trip to the Sweet Sixteen under coach Jeff Walz. Antonita Slaughter added 17 points on five 3s for the third-seeded Cardinals (32-4), who advanced to Sunday's regional semifinal at home against No. 7 seed LSU. Louisville jumped out to a 17-point halftime lead. Freshman Ally Disterhoft had 15 points for Iowa (27-9), which finished just 1 of 16 from 3-point range.