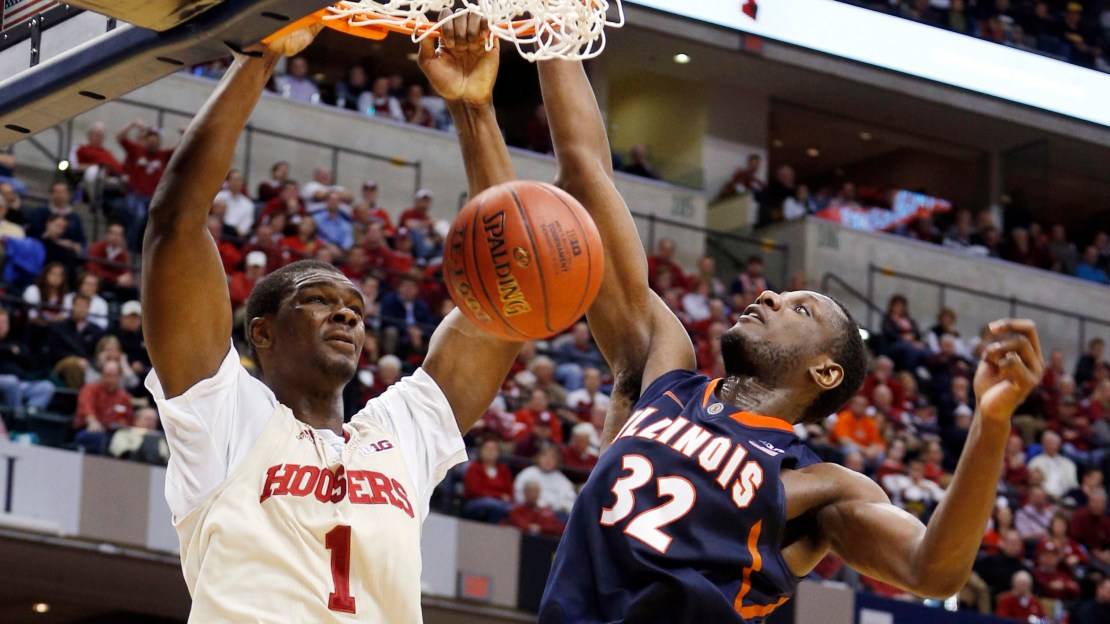 It had been speculated for weeks. Now, it?s a reality: Indiana?s Noah Vonleh is turning pro. He arrived in Bloomington as a five-star recruit, the No. 3 power forward in the nation and the No. 8 player overall, according to rivals.com.

No Big Ten player is rated higher in mock drafts, as Vonleh is a consensus lottery pick. So, it?s a no-brainer to see him bolt after one season.

The 6-9, 235-pound Haverhill, Mass., product averaged 11.3 points and a Big Ten-leading 9.0 rebounds in 2013-14. He also was ninth in the conference in blocks. But his point totals may have been suppressed by the team?s inability to feed him the ball. Vonleh did his best work on the glass as a relentless rebounder who always played hard on both ends of the court.

No doubt, Indiana will miss Vonleh as the Hoosiers try to rebound from a disappointing 17-15 mark (7-11 Big Ten) that saw IU miss the postseason a year after winning the conference and earning a No. 1 seed in the NCAA tourney.

Next season, Indiana will build around junior-to-be point man Yogi Ferrell and emerging sophomores-to-be Stanford Robinson and Troy Williams. The Hoosiers also will welcome five-star recruit James Blackmon, a 6-4 shooting guard who could be Tom Crean?s biggest catch ever. The in-state product also could be a one-and-down player like Vonleh. Staffers are excited about four-star guard Robert Johnson, too.