Video: One year later, Trey Burke does it again 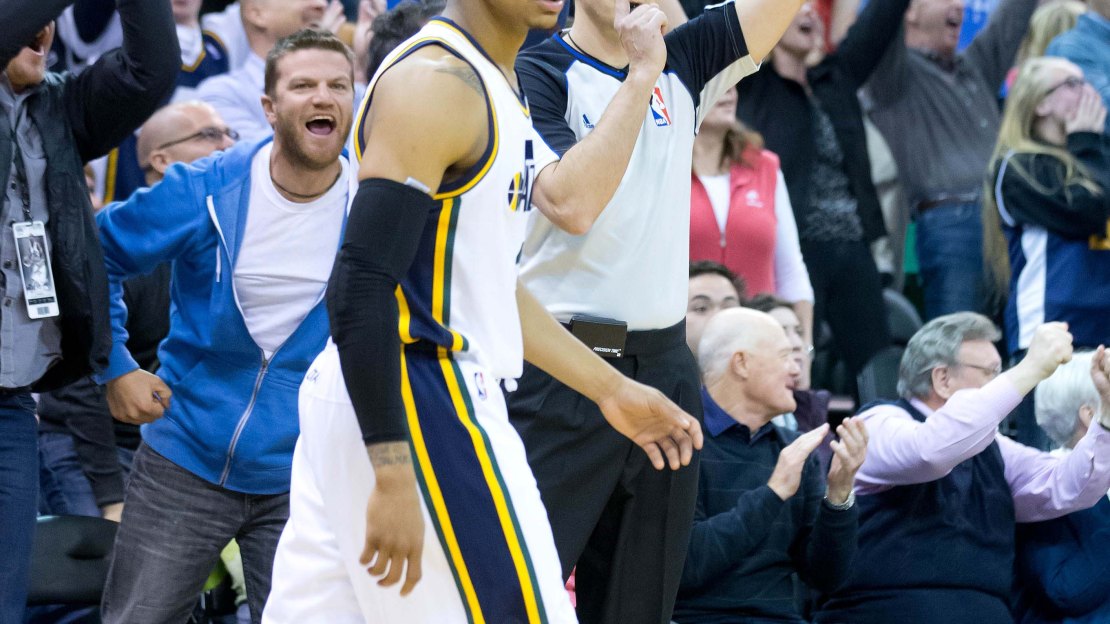 Trailing by three points with four seconds remaining in the game, the Big Ten Player of the Year drained a 30-footer to send the game into overtime. Burke scored all 23 of his points in the second half and overtime, including that incredible 3-point shot, as Michigan rallied to beat Kansas 87-85 and advance to the Elite Eight.

Well, ladies and gentlemen, March Madness is back, and so is Trey Burke.

Now a rookie with the Utah Jazz, Burke hit a game-winning 3-pointer last night with 1.6 seconds remaining to sink the Orlando Magic. The shot came hours after his alma mater, Michigan, defeated Texas 79-65 in the third round of the NCAA Tournament, earning another trip to the Sweet 16.