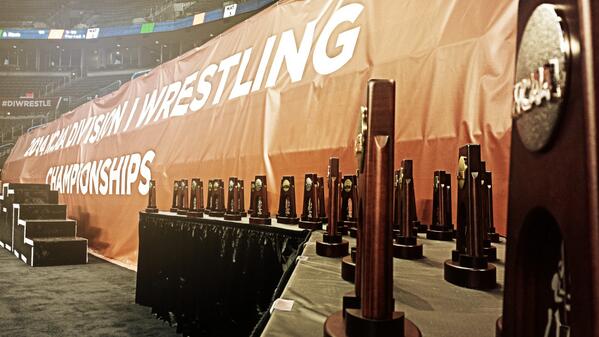 Make it four straight NCAA titles for Penn State wrestling. The team's incredible run continued this weekend as it held off Big Ten rival Minnesota to take the NCAA Wrestling Championships. This marks the eighth year in a row that a Big Ten school has won the event. Prior to Penn State's run of four straight crowns, Iowa won three straight (2008-10) and Minnesota won one (2007).

Penn State totaled 109.5 points to finish 5.5 points ahead of second-place Minnesota (104.0 points). Oklahoma State, Iowa and Edinboro rounded out the top five with 96.5, 78.5 and 62.0 points, respectively. Ohio State and Northwestern also finished in the top 10, as the Buckeyes took sixth place (57.0 points) and the Wildcats finished in ninth (46.0).

View the list of all the Big Ten individual national champions below:

Ramos gets his National Championship & runs straight to his family & fans! #d1wrestle pic.twitter.com/grG1NfkGiD