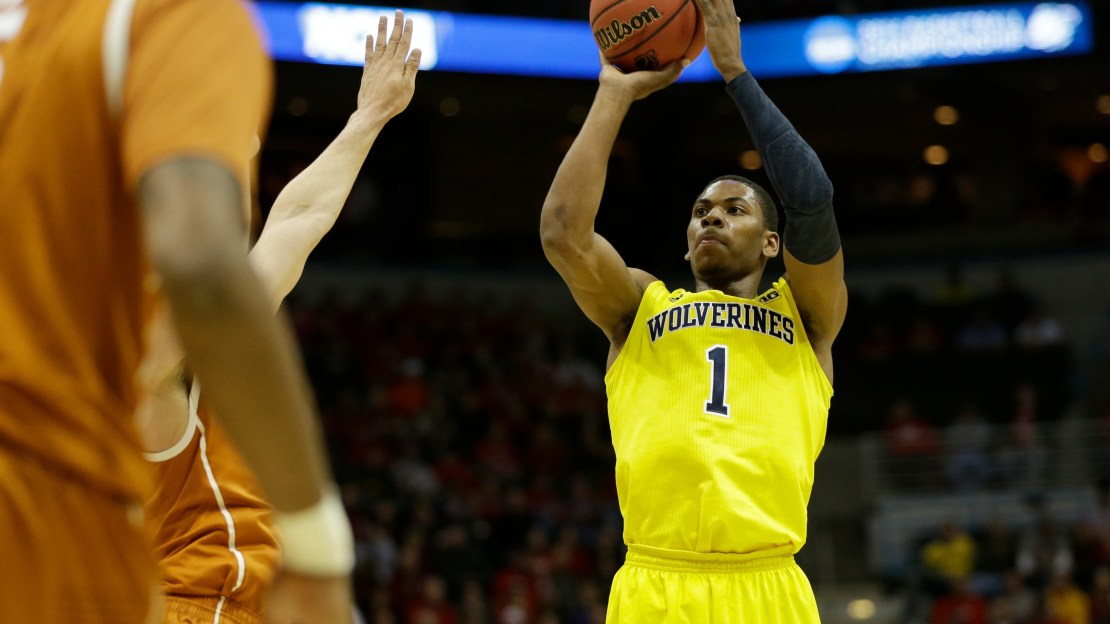 It wasn?t really that long ago when Michigan missed the NCAA tournament on a regular basis. From 1999-2008, in fact, it never went dancing. Now, the Wolverines have become one of the premier programs in the nation.

John Beilein put another brick in the foundation of this power with a 79-65 win over No. 7 Texas today in a third-round game. It?s one more step toward Michigan?s goal: The Final Four and national championship. Up next is a game vs. the winner of No. 11 Tennessee/No. 14 Mercer. And, like in so many other games this season, the Wolverines rode their shooting to the win.

Michigan hit a school NCAA tourney single-game record 14 three-pointers. And the Wolverines needed only 28 attempts to get that number. You can do the math on the percentage. This number is simple, too: Beilein became the sixth active DI coach to reach 700 career wins with the triumph.

Nik Stauskas hit 4-of-9 from three-point range and Caris LeVert hit 3-of-6, as four players hit double-figures. Glenn Robinson III was one of those players, notching 14 points in the same building (Bradley Center) that his famous father starred in from 1994-2002.

Michigan was in control throughout, building a 43-30 halftime edge. Texas cut the lead to six at point in the second half, but Michigan had an answer. It did all day whenever the Longhorns made a run. The answer? A three-pointer.

The defining nail, however, wasn?t a trey ? it was a foul. At the 2:17 mark in the second half, Texas was called for a flagrant foul on Josh Morgan. He hit both freebies to give Michigan a 73-60 lead. That basically sealed the deal, as Morgan and the Michigan big men out played the hyped Texas front line that saw Cameron Ridley, Jonathan Holmes, Connor Lammert and Prince Ibeh combine for a scant 21 points.

Morgan was a stud, finishing with 15 points and 10 boards. Still, that was an anomaly in a game that was defined by the three-point bomb.

Michigan is one of the better shooting teams left in the Big Dance. And that shooting touch was a big reason why this program won its first outright Big Ten title since 1986. And it is be a big reason why the Wolverines can get back to the national title game for a second season in a row.

This Michigan team is rolling. And it?s going to be fun to watch it battle through a Midwest region in Indianapolis next week with No. 4 Louisville and either No. 1 Wichita State or No. 8 Kentucky.