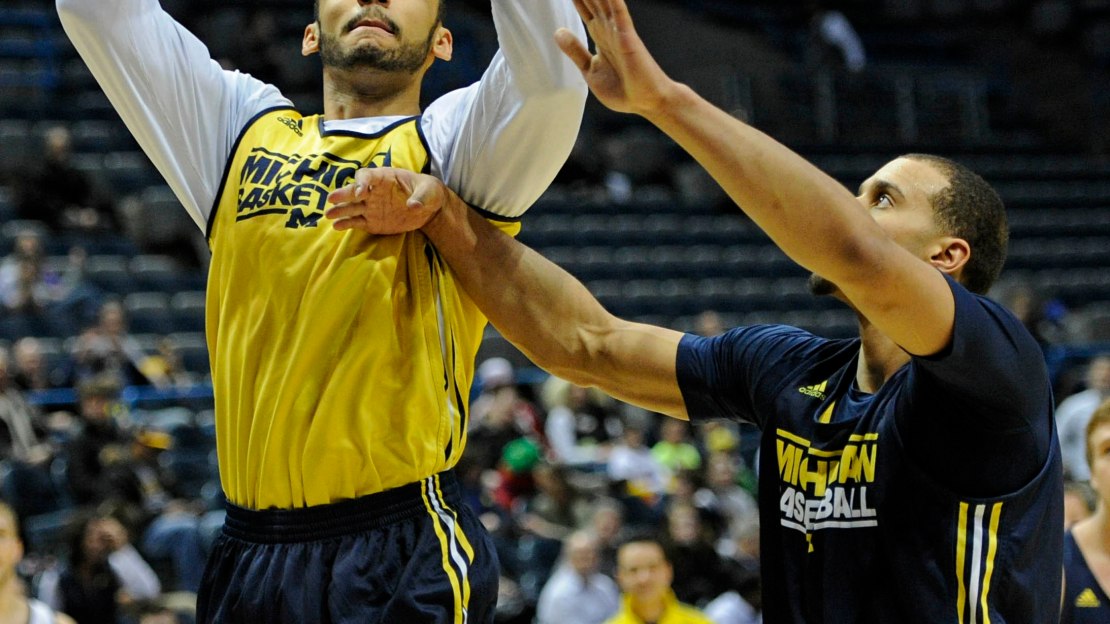 Three teams and three games. That?s what it has come down to for the Big Ten on the opening weekend of the NCAA tournament.

[ MORE: Dienhart: Thursday was a success for the Big Ten ]

These clearly are the three best teams in the conference. They are supposed to be here, primed to play for a spot in next week?s Sweet 16. And, frankly, they all should win their game on Saturday and advance. If they don?t, it will be a disappointment. In fact, a spot in the Final Four doesn?t seem like an absurd notion for Michigan, MSU or Wisconsin.

The team with the toughest task is Michigan, which will face a big and talented Texas team that eliminated Arizona State with a late basket. Can the Wolverines match the physical Longhorns?

The one thing Michigan showed in its 57-40 win over Wofford on Thursday was the ability to adapt. Against the Terriers, the Wolverines had to play a more deliberate style and win with defense, which was out of their character.

?I think this might be the first time we?ve scored in the 50's and won a game,? Nik Stauskas said. ?So we?re excited for that and we?re happy to move on.?

A secret to Michigan?s success all season has been the play of its big men: Jordan Morgan and Jon Horford. Credit must be given to the Wolverine coaching staff for extracting consistent production from the duo with Mitch McGary out. In fact, if Michigan is going to have another deep run in March, Morgan and Horford–the Wolverines' unsung big men–must excel.

Last March was a coming out party for McGary, who played a huge role in carrying the Wolverines to the title game. And who didn?t love hearing about his unicycle-riding ability on every broadcast? But McGary was limited to eight games this season by a bad back. Many felt it would be a crippling blow for the Wolverines to play without him, but that hasn?t been the case.

No doubt, Morgan and Horford benefit from playing with an array of skilled talent on the perimeter. Players like Stauskas, Glenn Robinson III and Caris LeVert draw defenders from the paint. That opens space for Morgan and Horford, and they are showing the ability to make opponents pay.

Morgan and Horford will face perhaps their biggest test of the season in facing a Texas lineup that features 6-9, 285-pound Cameron Ridley, 6-8, 240-pound Jonathan Holmes and 6-10, 250-pound Prince Ibeh. And this burly Texas team uses that size to dominate the glass, averaging 41.8 rebounds per game.

?They?ve got size with a couple big guys and a lot of high-low (ball movement),? Michigan assistant LaVall Jordan told Mlive.com. ?That will be something we have to address.

Michigan caught a break in its bracket when No. 3 Duke was upset by No. 14 Mercer today. So, should the Wolverines dispatch the Longhorns, they will face the winner of the No. 11 Tennessee vs. Mercer game in Indianapolis next weekend. But Michigan is focused on what?s in front of it: Texas.

?It?s a challenge, but that?s why we have smart guys,? Jordan said. ?They embrace that challenge. They like trying to be the smartest team on the court.?