'Nebrasketball' was fun while it lasted 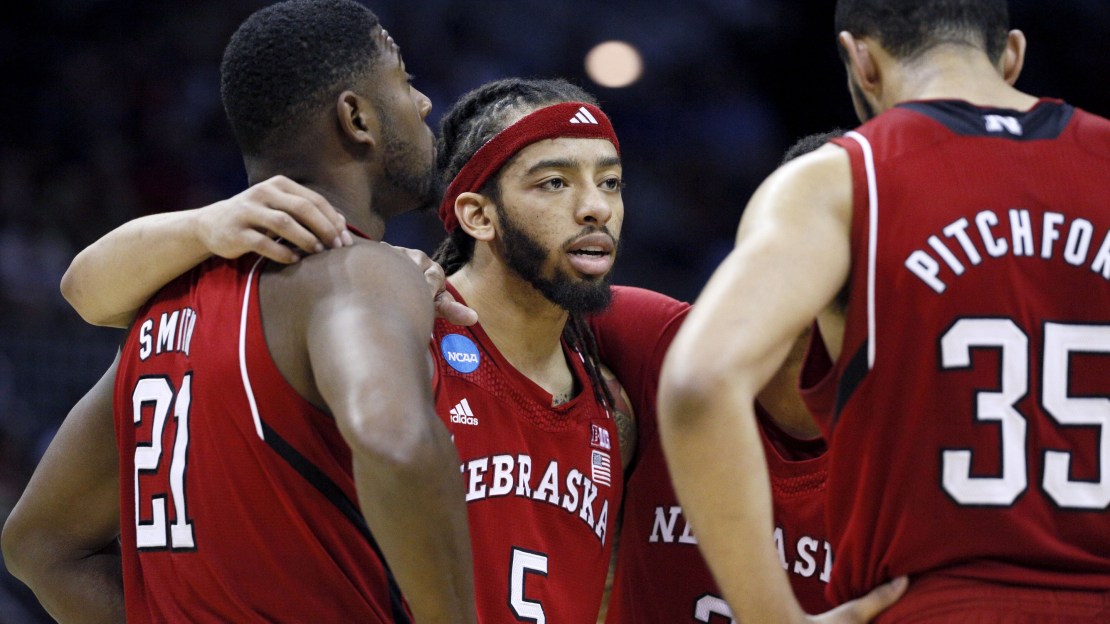 It was fun while it lasted, Nebraska. The whole ?Nebrasketball? thing was a phenomenon this season. The world was watching ? or at least it felt like it for a while. And that?s pretty amazing, when you consider how far off the radar this program was flying.

The Cornhuskers opened Big Ten play 0-4 and then went 11-3 the rest of the way. Who could forget a season sweep of Indiana, a win at Michigan State, and then home victories vs. Ohio State and Wisconsin? It was exciting stuff. There was a tangible buzz for Nebraska basketball in a state that worships at the altar of Husker football, and a nation took notice, too.

In two scant seasons, Tim Miles-the coach who looks like Sheldon ?The Big Bang? Cooper in glasses-has flipped the losing script in Lincoln and guided the Huskers to their first Big Dance bid since 1998.

"It's a big accomplishment, but it's just one step forward towards where we want to be as a program,? Terran Petteway said before the Baylor game. ?I mean, I've never played in the tournament, and I don't think any player on this team has ever played in the tournament? I know everyone's going to be excited, and it's going to feel like our first game against Florida Gulf Coast. Everybody was just so pumped for that game. That's how I think it's going to be on Friday."

It was exciting until, honestly, the opening tip as Baylor quickly seized control and never relinquished it. Nebrasketball came to a screeching halt in a resounding 74-60 loss to Baylor in the opening NCAA game for Nebraska. The Huskers finished 19-13.

Still, who saw this coming back in October? There is genuine disappointment from Scottsbluff to Omaha. And that?s a good thing. Because that means there are now expectations. This is a whole new ball game for Cornhusker hoops.

?Like I say, you can show them all the things, but now you've got to get on equal footing,? said Miles prior to today?s game. ?I think that's what hurt so bad about losing to Ohio State in the Big Ten Tournament. We wanted to win that season series. Now you start to say, we won the season series with Ohio State, we swept Indiana, we're in the NCAA (Tournament), we're doing this? Now we've got to make up for it. Now we've got to win the NCAA."

It didn?t happen. But there is no shame in this loss for the Huskers, who are now 0-7 all-time in NCAA play. This isn?t an end. This appears to be the beginning for a program that for years was mired in mediocrity-or just plain ignored between blips of success.

The ride this season helped ease some of the pain from the failed Barry Collier and Doc Sadler eras. And the future teems with promise. The only key player gone from this year?s team is Ray Gallegos. Players like Petteway, Walter Pitchford and Shavon Shields will be back. And it?s hoped touted guard Taj Webster will continue to improve. That?s some nice talent to build around.

But the best thing that happened this year was Nebraska showed it can compete. It showed it belongs. And it showed it could win and get to the NCAA tournament. Miles can take that evidence and flash it to recruits. They have to believe what Miles is selling now. They can see it. They can feel it. They can touch it.

With this coach, with this fan base and with those sparkling facilities, Nebrasketball appears to be on solid footing for the future. It?s going to be fun to see how far Miles can take this program.