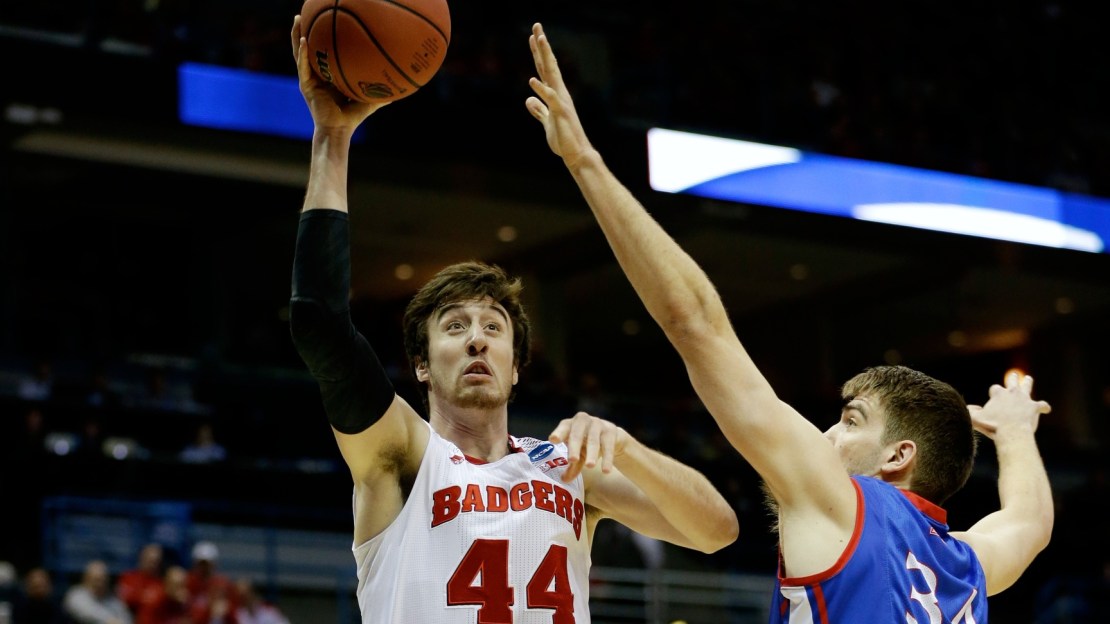 Traevon Jackson scored 18 points and grabbed five rebounds and Ben Brust added 17 points and four boards as they teamed up to lead No. 12 Wisconsin to a 75-35 victory over American on Thursday at BMO Harris Bradley Center in Milwaukee in the second round of the NCAA Tournament.

Scoring that few points is rare for American (20-13), a team that came in averaging 63.9 points per game this season. Wisconsin (27-7) held the Eagles to 29 percent shooting from the field and hauled in 25 defensive boards, while only allowing eight offensive rebounds. Jackson carried the offensive load for the Badgers, finishing with three assists and 6-of-8 shooting from the field.

After going into the break with momentum, Wisconsin kept its foot on the gas to start the second half. Trailing 19-13 in the first, the Badgers went on a 56-9 run to seize a 41-point advantage with 5:26 to go.

Wisconsin shot 50 percent from the field (26-of-52). The Badgers were on fire from beyond the arc during the game, shooting 43 percent (10-of-23). Wisconsin also got a double-digit game from Sam Dekker (11 points).

Tony Wroblicky contributed 11 points, hauled in five rebounds, and contributed three assists for American University in the loss. The Eagles shared the ball to the tune of seven assists on 11 baskets. American also got a solid contribution from John Schoof (11 points).

We'll also update this post with a first-half recap, final recap, and photos. Full tournament scoreboards can be found here.

HIGHLIGHT: @BadgerMBB with a monster jam to take an early lead against American. (by @InfinitiUSA) #MarchMadness http://t.co/24d39gO9BT

HIGHLIGHT: @BadgerMBB with a huge dunk, forcing a timeout by American. (by @InfinitiUSA) #MarchMadness http://t.co/5SrQdTtNiX