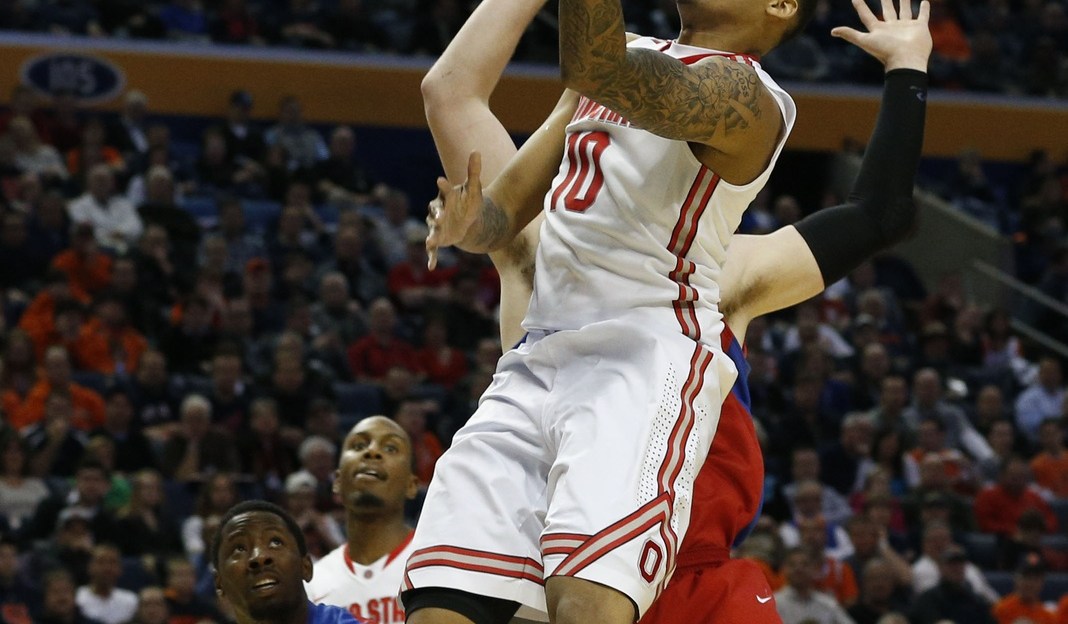 In the first game of the NCAA men's basketball tournament, No. 11 seed Dayton upset No. 6 seed Ohio State, 60-59, at the First Niagara Center in Buffalo. The Buckeyes' Aaron Craft had one last attempt at a game-winning shot, but it bounced off the rim.

Vee Sanford hit the game-winning shot with four seconds to go, part of a 10-point performance for the senior, and Dayton (24-10) escaped with a dramatic victory. Dyshawn Pierre had 12 points, eight rebounds, and 2-of-2 shooting from the field. Dayton and Ohio State (25-10) traded the lead 15 times.

Matt Kavanaugh shot 4-of-6 from the field and scored nine points for the Flyers. Dayton also got a double-digit game from Devin Oliver (11 points).

Craft scored 16 points, hauled in five rebounds, contributed four assists, and went 6-of-9 from the field for the Buckeyes in the game. Sam Thompson hit 8-of-11 shots from the field and scoring 18 points. Ohio State shot 48 percent from the field (24-of-50). The Buckeyes also got a double-digit contribution from LaQuinton Ross (10 points).

Look at the full box score.

HIGHLIGHT: An @OhioStateHoops dunk pulls them within four points of Dayton. (by @CokeZero) #MarchMadness http://t.co/Kp8xWiuxrD