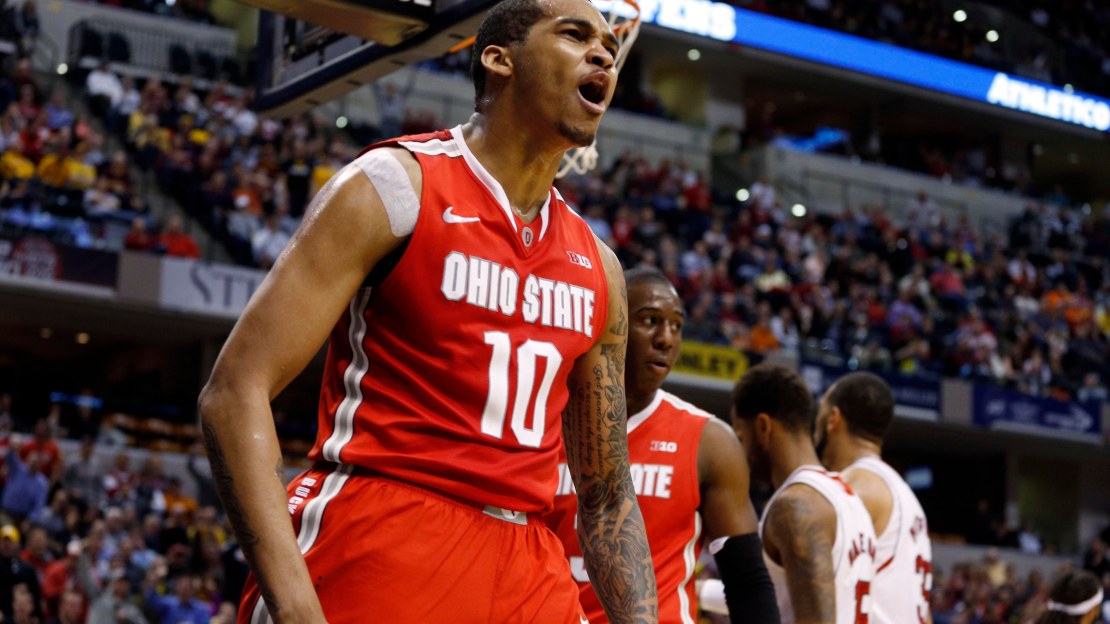 Two teams whose campuses are a mere 75 miles apart will clash today in Buffalo, NY, as Ohio State takes on Dayton.

The Flyers arrive as an 11-seed with a mostly nondescript resume, but Dayton sports a legitimate offense. In fact, the Flyers led the Atlantic 10 in offensive efficiency, thanks to a balanced attack that does a little bit of everything well. Dayton's leading scorer is a familiar name: former Buckeye Jordan Sibert. Sibert has come a long way since leaving Columbus two years ago, and he's deadly from beyond the arc (44 percent shooting on a heavy diet of threes).

Three other players factor heavily in the Flyer offense. Devin Oliver is a 6-7 forward that is excellent on the glass while providing scoring from all over the court. Dyshawn Pierre is an athletic wing that can wreak havoc on the offensive glass. Off the bench, Vee Sanford provides instant offense and is a bit like a skinnier Rayvonte Rice, in that he's an aggressive 6-4 player that gets most of his points going to the basket.

Those four players share the load for Dayton, and all four are fully capable of making a three or finishing inside. It is this versatility that will make for an interesting matchup with Ohio State's lockdown defense. The one area where the Flyers might make some hay is on the offensive glass, as the Buckeyes have had some problems ending possessions at times.

At the other end, neither team is all that good, so Ohio State's tepid offense should look quite solid. Dayton has a major issue with fouling, so don't be surprised if Aaron Craft and LaQuinton Ross make frequent trips to the charity stripe. The Buckeyes should be able to eclipse a point per trip against the Flyers, so I like their chances of advancing.