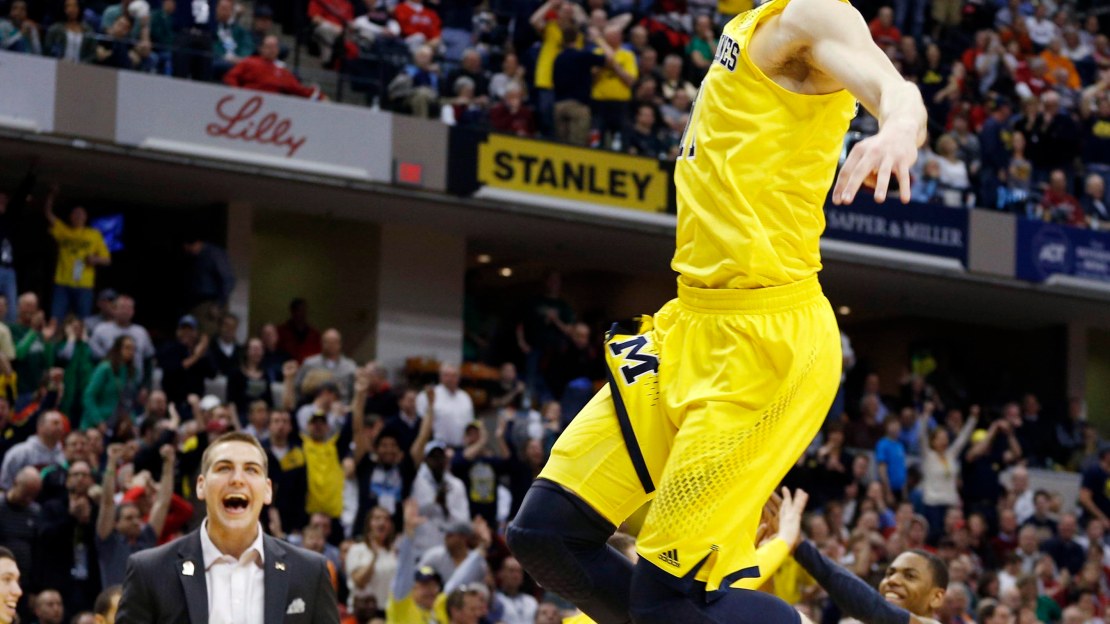 Michigan was rewarded for an excellent season with a 2-seed in Milwaukee, where the Wolverines will get their tournament started today against Wofford.

This is a serious David vs. Goliath matchup, as the Terriers have not beaten a team ranked in the KenPom top 200 all season. Seriously, look at Wofford's schedule – what's the best win? At Elon?

The Terriers do have a couple relative strengths. They usually win the turnover battle (good luck with that against a John Beilein team), and they are decent on the defensive glass. Perhaps most importantly for this matchup, Wofford has been quite good at limiting opponent three-point attempts. You can maybe take that fact and squint hard enough to see hope for an upset, but I'm not buying it. Michigan just has too many weapons, and the Terriers don't have enough offense to keep up.

KenPom projects a 12-point win for the Wolverines, and I think that's too conservative.

I'll take Michigan by 20, with plenty of Nik Stauskas air-kisses for the crowd.