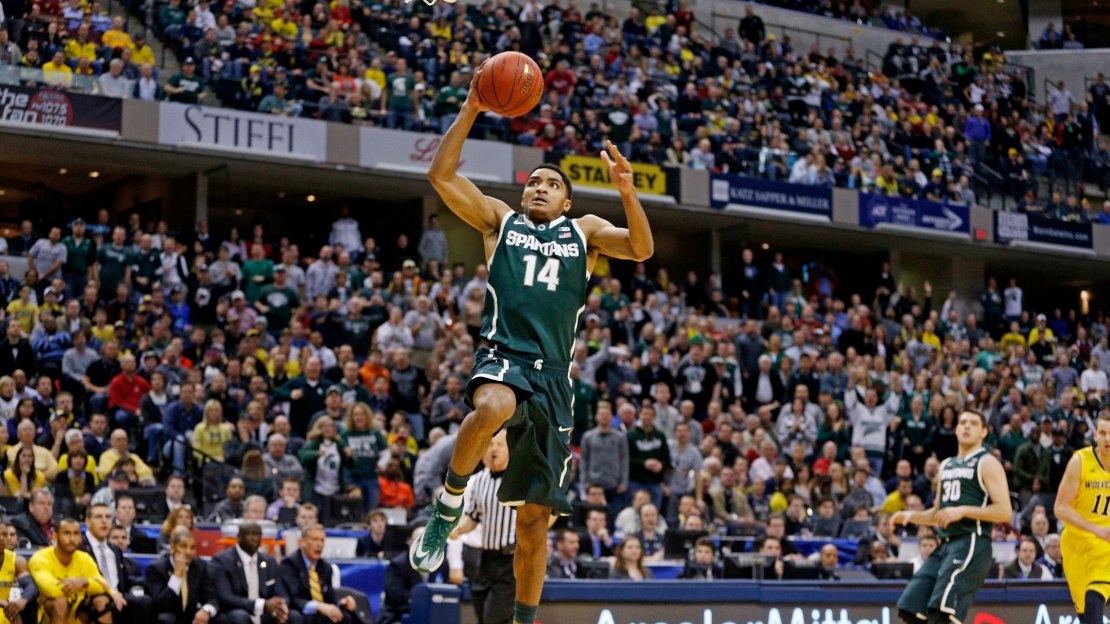 After an impressive run to the Big Ten tournament title, Michigan State became a trending pick to reach the Final Four. That journey starts today with a 4:40pm ET tip against Delaware. Do the Spartans have any reason to worry about the Blue Hens?

In a word, no. Delaware is an experienced team that won both the regular season title and the CAA tournament, but it's a small squad that figures to be outmanned in the paint against Adreian Payne and Branden Dawson. I'd be shocked if Michigan State doesn't dominate the glass, and I also don't think the Blue Hens have a wing that can check Gary Harris. The Spartans should be able to score at will against Delaware. With the high tempo that the Blue Hens like to employ, don't be surprised if Michigan State touches the 90s.

At the other end, Delaware's main skill is limiting turnovers, which is a wonderful thing in itself. The problem is that the Blue Hens aren't especially good at anything else, so all those shot attempts may not end up doing that much damage. I will say that Delaware's ability to limit miscues at least opens the possibility that a good night from the field could keep the Blue Hens in it, but I wouldn't bet on it.

In short, Michigan Sate should roll in Spokane. I'll take the Spartans by 15.