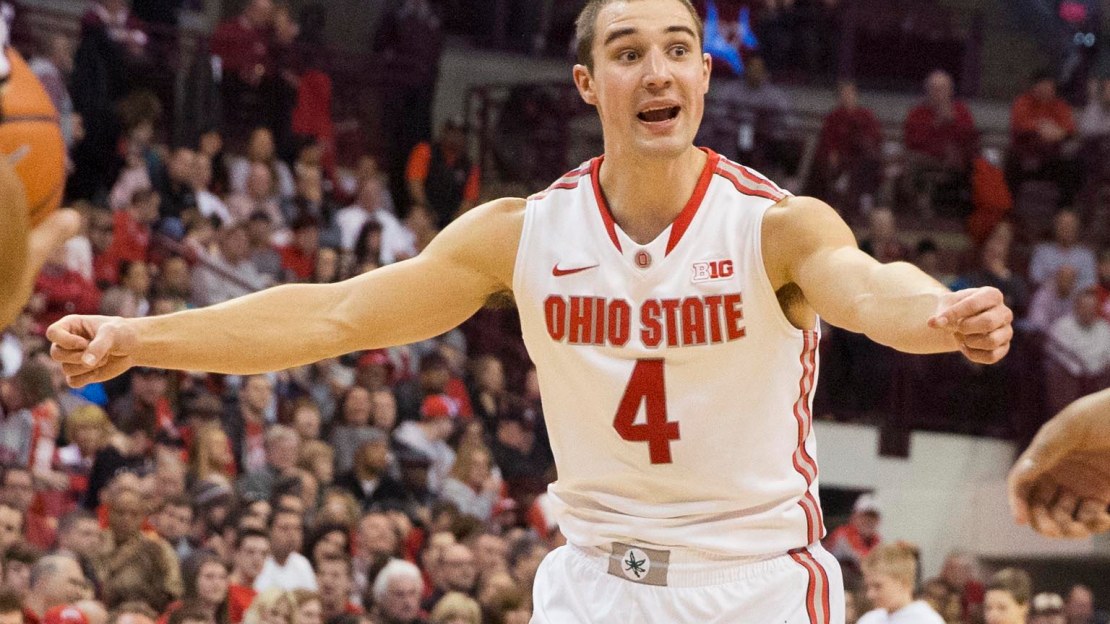 The NCAA Tournament officially kicked off on Tuesday and Wednesday with the ?First Four.? But today is when things get really juicy. Four Big Ten teams kick off their Big Dance experience. Here are four thoughts on today?s action.

1. I?ve read all about how dangerous Delaware is, about how - what are they called? Oh, yes, the Blue Hens - the Blue Hens will give Michigan State all it can handle in the opener. I?m not buying it. The Spartans are too big, too strong and too tough for the ? Blue Hens. Oh, and did I mention that MSU is too motivated? OK, I just did.

2. The Ohio State-Dayton game is the most intriguing of the day from a Big Ten perspective. These are in-state rivals who rarely play. It?s a classic ?big brother vs. little brother? storyline that never gets old. Spicing things up is the fact one of Dayton?s top players is Buckeye transfer Jordan Sibert. I have a feeling this game is going to come down to the final few minutes.

3. American is going to try to ugly things up vs. Wisconsin with its slow, deliberate Princeton style. It may work for 20 minutes. But the Badgers are too smart and too well-coached to get suckered in time and again by the precision offense. The backdoor cuts are only going to work so many times. Wisconsin is too good defensively. Plus, the Badgers? superior offensive skill will allow it to build a lead that will discombobulate American. Oh, and Wisconsin plays pretty good defense, too.

4. There have been some epic No. 15 seed wins over No. 2 seeds. Roll the film ? Richmond over Syracuse in 1991 ? Santa Clara over Arizona in 1993 ? Coppin State over South Carolina in 1997 ? Hampton over Iowa State in 2001 ? . Just last year, we saw Florida Gulf Coast beat Georgetown en route to making a stunning run to the Sweet 16 that still confounds. Nice stories. But Michigan vs. Wofford won?t be added to the scrapbook. Talent trumps Cinderella. Sorry, Terriers.