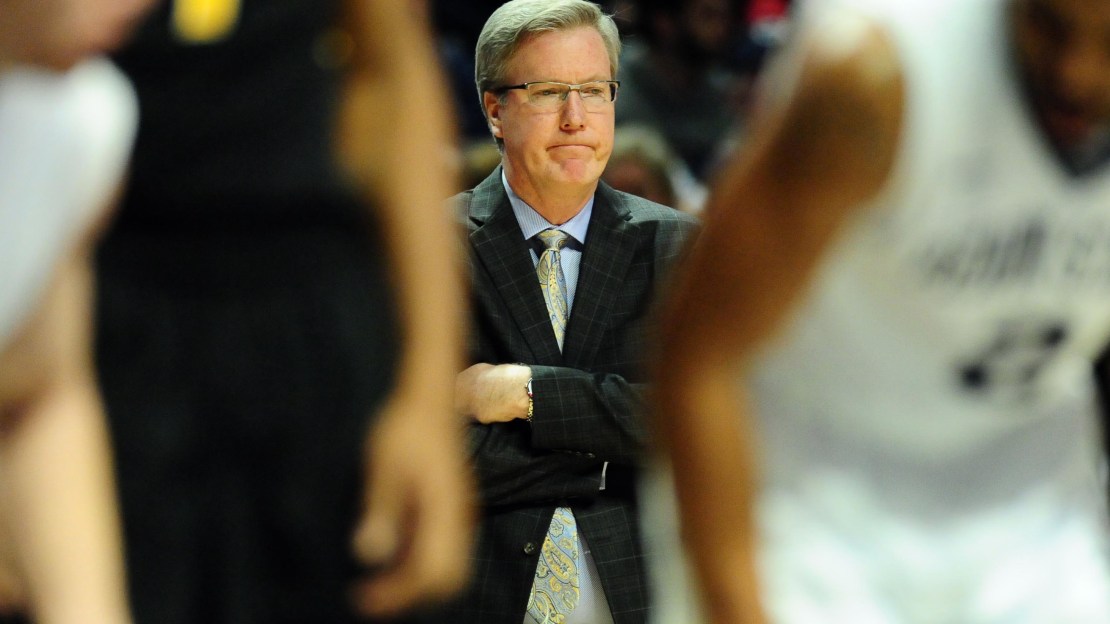 Fran McCaffery's son, Patrick, 13, underwent surgery to remove a thyroid tumor Wednesday morning, and the coach said the surgery "went as planned." After the surgery, McCaffery headed to Dayton, Ohio, for Iowa's first NCAA tourney game since 2006. The Twitter world showed incredible support for Patrick, to the point that #teampat was trending nationally, and here is a (large) sampling of some of our favorite tweets.

?Today?s surgery for my son Patrick went as planned. Doctors will continue tests in the coming days to determine further treatment. Patrick was in good spirits after the operation.

Our family would like to thank the surgeons who performed the operation and the doctors and nurses at University of Iowa Hospitals & Clinics who have helped treat Patrick during this process.

The outpouring of support and encouragement Patrick and our family have received this past week has been overwhelming; words cannot express how genuinely thankful we are to everyone who has offered their thoughts and prayers.?

Thoughts and prayers are with the McCaffery family. Hoping for the best! @IowaHoops

Thinking of the McCaffery family today. Hoping and praying for the best #TeamPat

Our thoughts are with Coach McCaffery and the @IowaHoops family today. #TeamPat

Thoughts and prayers are with Pat, Fran, and the rest of the McCaffery and @IowaHoops family. Wish you all nothing but the best! #TeamPat

Praying for the best for Coach McCaffery and the @IowaHoops family.

Thoughts are with Pat McCaffery, Coach McCaffery and his family today as his son Pat has surgery this morning. #TeamPat @IowaHoops

Sending our thoughts and prayers to Coach McCaffery, his son, Pat, and the @IowaHoops family. #TeamPat

Good luck to the McCafferys and Iowa in their most important battle today. #TeamPat

Good luck to Fran and his family today. #TeamPat

Backin a different Pat today… Thoughts and prayers with the McCaffery family today. We love you Patrick! #TeamPat pic.twitter.com/NdOuj7nMIg

#teampat because some things are bigger than basketball. ??

Thinking about my man Pat and the McCaffery family. Great people. #teampat

Keeping Patrick and the McCaffery family in our prayers. Stay strong, your Hawkeye family is behind you. #teampat

Because kids shouldn?t carry this weight. Because being a father and coach isn?t mutually exclusive. Because family is everything. #TeamPat

Our thoughts and prayers are with Fran McCaffery and his family as his son undergoes surgery tomorrow. #TeamPat

Today we are all on the same team..#teampat Prayers going out to Patrick, Fran, and the entire McCaffery family this morning.

The #teampat thing & what is happening in the real world has me not really caring about outcome of game. Rooting, sure. But bigger picture

Twitter is blowing up #teampat trending 5th in the nation right now. ##hawkeyes

Hoping for the most important win for the @Iowabasketball family tomorrow. Prayers to The McCaffery family and son Patrick. #teampat

Here?s hoping Wednesday goes as smoothly as possible for Fran McCaffery. Nothing scarier than scary things related to your child. #TeamPat

Heading into surgery tmrw, 13 y/o Patrick McCaffery just got a surprise phone call- from @CP3. If I wasn't a fan before, I am now! #teampat