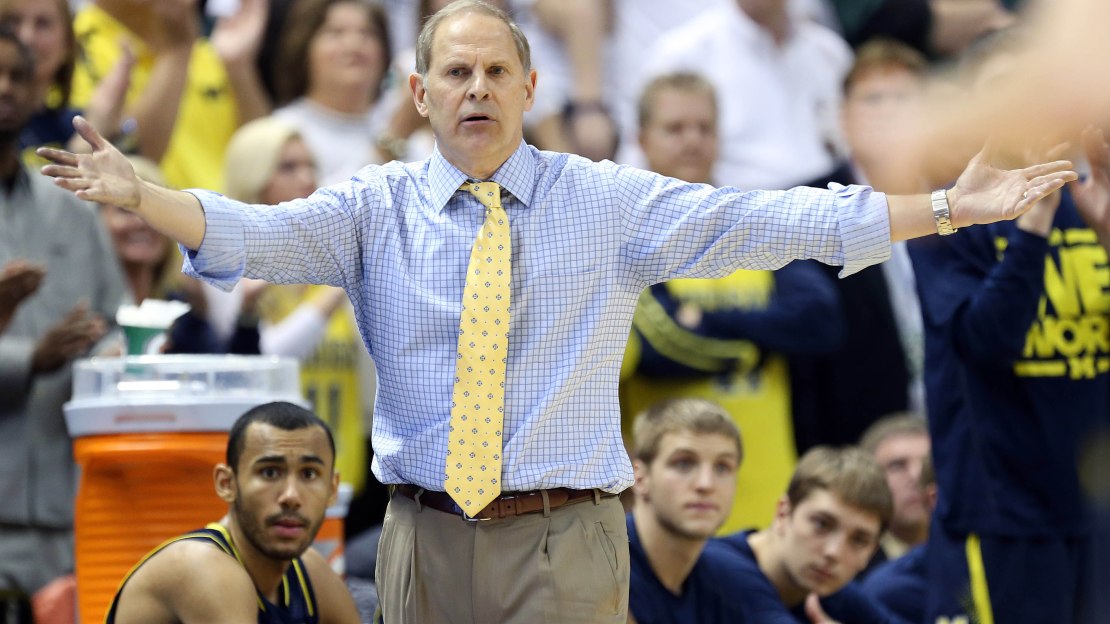 I have made no secret of my affinity for John Beilein. I love the fact he paid his dues by coming up the back roads of his profession, grinding his way up the ladder. He?s a terrific coach who knows how to win in March. The secret to his success? It?s right here.

It?s a good thing that Beilein is a great coach. He?s gonna need all of that acumen. Check out some of the coaches who reside in the Midwest Region with him.

Iowa opens the NCAA vs. Tennessee in Dayton, Ohio, on Wednesday in a play-in game. The Hawkeyes are 2-0 all-time in Dayton, but it?s not their favorite city. In fact, playing in a four-team tourney there in Dec. 1979 may have cost Iowa a national championship.

The story of Adreian Payne and his relationship with 8-year-old cancer patient Lacey Holsworth never grows old. Payne had the girl help him cut down part of the net after Michigan State won the Big Ten tourney title on Sunday. It was a great moment.

BTN's "The Journey" did a feature on Holsworth last year, telling the story of her relationship with Payne.

Wisconsin?s NCAA path looks promising, according to Tom Oates of Madison.com. I have to agree. I think some people are sleeping on the Badgers amid the Michigan State fever that has broken out nationwide.

Indiana?s season is over. But it?s looking toward tomorrow. One area of focus: Improving the home schedule.

There was no marquee non-conference home game this year. That won?t happen again. It sounds like a visit from Larry Brown and SMU will be on tap next year. But, golly, is SMU really a marquee foe?

Minnesota?s season isn?t over. It?s in the NIT. And the Gophers could make some noise, like they did in 2012. Listen and watch Austin Hollins talk about it.

Spring practice rolls on at Nebraska. And there is a lot of install on offense going on.

And it sounds like I-back Adam Taylor and wideout Taariq Allen are standing out.

Penn State took the lid off the James Franklin era on Monday. And, it?s an exciting time. Depth is improving, though there is lack of numbers among upperclassmen. It will be fun to see what Franklin can do with resources like this. Bob Flounders and Audrey Snyder of Pennlive.com discuss it all in this video.

Nice to see ex-Illinois star quarterback Juice Williams brought back into the family by Tim Beckman to connect with former players.

Gotta love the selection committee's sense of humor. OSU played Xavier in '07, Cincinnati in '12 and will play Dayton this year. #Buckeyes

My take: I think it?s great.

My take: Guy was a flat-out stud in Indy.

Five consecutive years in the final ranking is a #Buckeyes record previously shared with 1960-63 teams. #buckbk

My take: Thad Matta has this program humming along.

Tom Izzo reiterates Gary Harris just had a "stinger" and is fine. "I think our health is great, I think our conditioning is pretty good."

My take: This is good news.

I know everyone's ripping on state of Indiana, but this is fourth time in 7 years that state of Illinois hasn't had a team in NCAA Tourney.

Biggest upset at #Illini spring football would be if Wes Lunt does not emerge as the No. 1 QB. No one in his league throwing ball. #dechr

My take: The guy is a stud.

Pitino said the 3 games he was disappointed with this season were Illinois/Northwestern losses at home and Wisconsin in BTT. #Gophers

My take: I agree with that.