Polls: Who wins Big Ten Round of 64 games? 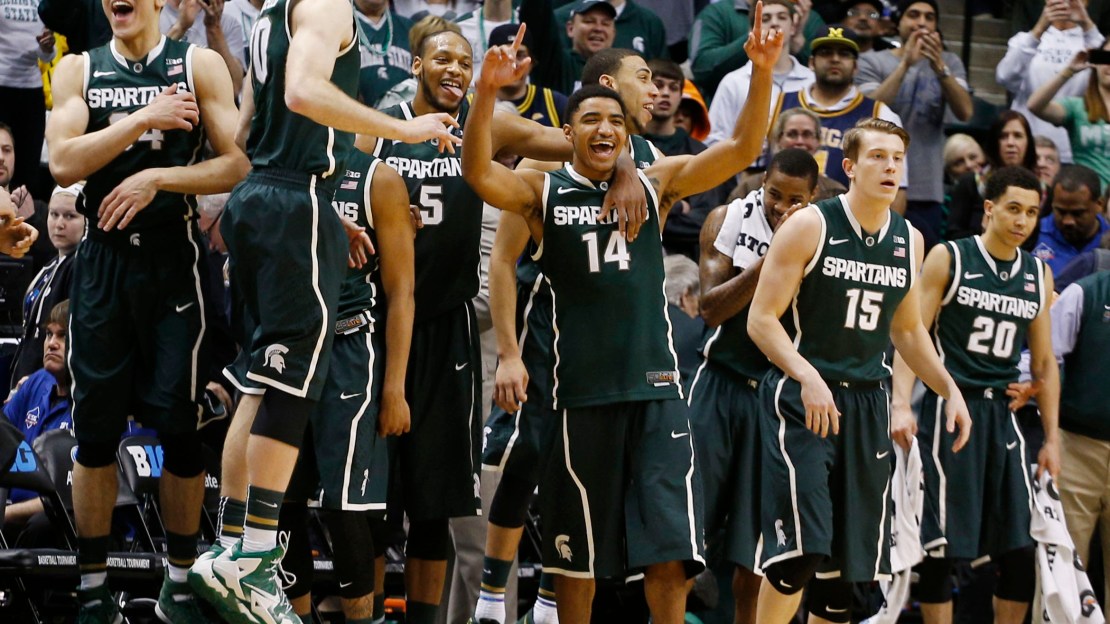 The NCAA tournament gets into full swing Thursday. Iowa lost Wednesday night in the "First Four," and now it's time for Round 2 action.

Before any of the Big Ten teams tip off today, vote for all of your Round of 64 Big Ten winners in this post.

MIDWEST REGION: No. 2 Michigan vs. No. 15 Wofford – 7:10 p.m. ET, Thursday, CBS
(AP) John Beilein insists he couldn't care less about Michigan's seed in the NCAA tournament. Even when it's the highest of his coaching career. "I've never seen so much wasted energy on who is seeded where. I mean, it is incredible," Beilein said Sunday, shortly before the bracket was unveiled. "I don't care where we're seeded. I don't care where we play." For Beilein, that's more than just coach speak. It's the attitude of a man who has exceeded expectations several times in the NCAA tournament. Read full AP preview.

EAST REGION: No. 4 Michigan State vs. No. 13 Delaware – 4:40 p.m. ET, Thursday, TNT
(AP) Adreian Payne's infectious, boyish personality attracts kids. The children of Michigan State's basketball coaches point to Payne as a favorite. No kid, though, is a bigger fan of him than 8-year-old Lacey Holsworth. The cancer-stricken girl quickly befriended Payne when she met him during one of her hospital stays two years ago and their relationship has become a feel-good story. "They communicate and hang out like a brother and sister," her father, Matt Holsworth, said in a telephone interview Monday. "It's a unique and special bond." Read full AP preview.

WEST REGION: No. 11 Nebraska vs. No. 6 Baylor – 12:40 p.m. ET, Friday, TruTV
Nebraska is making its first NCAA tournament appearance since 1998 on Friday, as the Huskers take on No. 23 Baylor in the NCAA tournament. The Huskers (19-12, 11-7 Big Ten) have enjoyed a resurgence under Tim Miles, who was named Big Ten Coach of the Year. The Huskers went 9-9 in their first 18 games before reeling off 10 wins in the final 13 games to make its postseason charge. The victories included the first sweep of Indiana in school history and a pair of wins over top-10 teams (at No. 9 Michigan State and No. 9 Wisconsin), the first time that has happened for the Huskers in two decades.

WEST REGION: No. 2 Wisconsin vs. No. 15 American – 12:30 p.m. ET, Thursday, TruTV
(AP) Wisconsin coach Bo Ryan referenced sunflower seeds; asked his players about the "Mario Kart" video game; and briefly spoke in an Italian accent. And at some point during his 25-minute meeting with reporters Sunday night after learning that the Badgers were headed to Milwaukee as a No. 2 seed in the NCAA tournament, Ryan talked some basketball, too. The Badgers (26-7) open up Thursday against Patriot League champion American (20-12) in a West Region game that's sure to attract a lot of fans in cardinal and white to the Bradley Center. Read full AP recap.