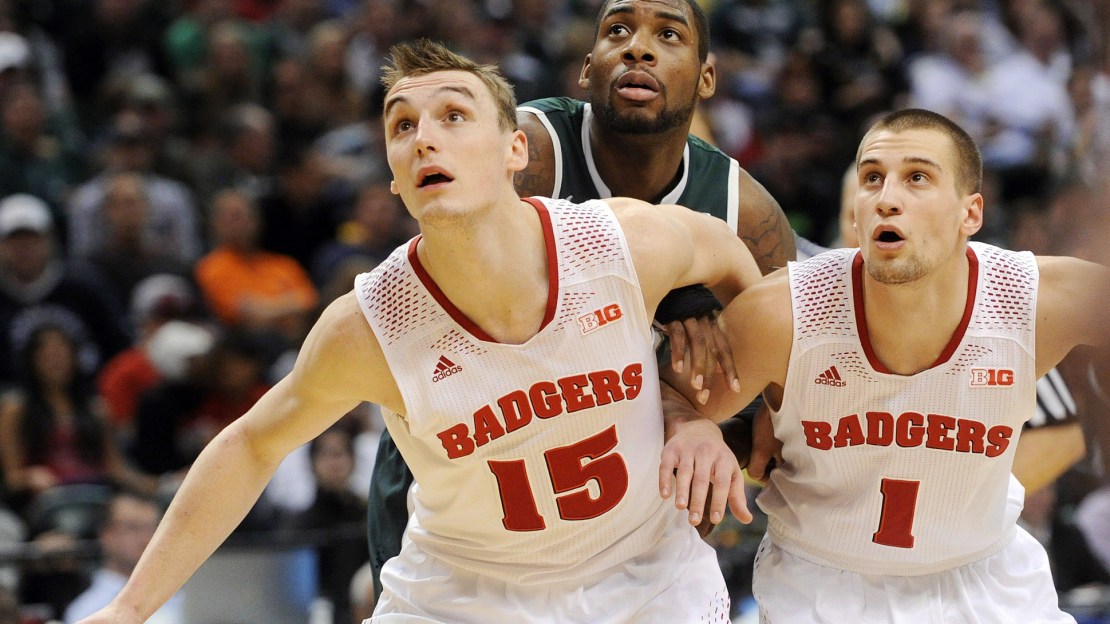 Everyone is talking hoops. And why not? But here?s some spring football for ya. First, Nebraska, where work has begun on developing the offensive line-among other things. And many are watching the quarterback spot, where Tommy Armstrong is the man to beat. It will be a big shock if he doesn?t keep the job. Would Bo Pelini dare hand over the reins to a neophyte like Johnny Stanton in his critical season? Nah.

Yes, Michigan lost the Big Ten tourney title game vs. a possessed Michigan State squad. But I still like this team?s chances to reach the Final Four for a second season in a row. Check out this video of John Beilein discussing the Wolverines in the Big Dance.

Love the guard play and savvy of this club.

When the dust settled on Sunday night and all of the NCAA and NIT bids had been handed out, Indiana found itself on the outside looking in. It has been quite a descent for a Hoosiers program that last year won the Big Ten outright and was a No. 1 seed in the NCAA tourney.

And, no, IU wasn?t going to accept a CBI bid.

How impressive was Michigan State in the Big Ten tourney? Exactly. The Spartans were a buzz-saw in Indianapolis, showing the form that made them the preseason pick to win the Big Ten. MSU now has the rapt attention of the nation. Despite being a No. 4 seed, the Spartans have a pretty favorable path to the Final Four in Dallas.

As for Gary Harris hurting his shoulder ? no worries. He is fine.

While much of America is fawning over Michigan State-and rightly so-don?t sleep on the Badgers. This is one of Bo Ryan?s best teams. And some feel it has Final Four potential. I have to agree. I love the guard play and overall skill set of this Wisconsin club. Great shooters. And the Badgers don?t beat themselves.

I understand the angst of Hawkeye fans. The season hasn?t been exactly humming along. Six losses in seven games will do that to a fan base. And the loss to Northwestern in the Big Ten tournament was the ultimate kick in the gut. But, hey, the Big Dance offers hope, right? Right? Just embrace this chance to go dancing, Iowa fans. It has been a rare occasions in recent seasons.

Minnesota entered the Big Ten tourney squarely on the bubble, probably needing to win two games. It didn?t. So, it?s off to the NIT as a No. 1 seed. This isn?t too bad for this program as it transitions under Richard Pitino.

Since I started with football, let?s end with football ? Penn State is gearing up for its first spring practice under James Franklin. Many questions loom. Chief among them: linebackers.

Veteran middle man Glenn Carson is gone. But outside linebacker Mike Hull returns and will be a team leader. Bob Flounders of Pennlive.com notes that Hull spent a large chunk of last season limited by a knee issue. He can be one of the Big Ten's top linebackers if he stays healthy in the fall. The top candidates to join Hull in the starting lineup are Brandon Bell and Nyeem Wartman.

I've thought for a month now the best way 2 guard Nebraska is by playing zone & forcing jump shots. Baylor does that. Will be interesting.

This is an athletic Baylor team. It will be a challenge.

Anybody else looking forward to the Tim Miles-Craig Sager halftime interview on Friday. That should be pretty good! #Huskers

?@BBaptistHoops: Indiana AD's text to reporter @DustinDopirak when asked if IU would play CBI: "No. We're Indiana." Well that answers that.

Committee chair Ron Wellman: "If Michigan would have won their championship game, they would have been on the one line."

Climb aboard while there is room.

According to the seed list, Iowa was the third-to-last at-large squad, just ahead of Xavier and N.C. State

So there is that.

Curious if 90 percent of brackets will have Michigan State and Louisville in the Final Four, or just 85 percent.

So Mike Davis is in NCAA at Texas Southern and #iubb is not. There's a lesson there somewhere.

NCAA selection committee chair said #gophers were not among last 4 considered. Road record and record vs top 50 hurt them.

Still, the program is pointed in the right direction.