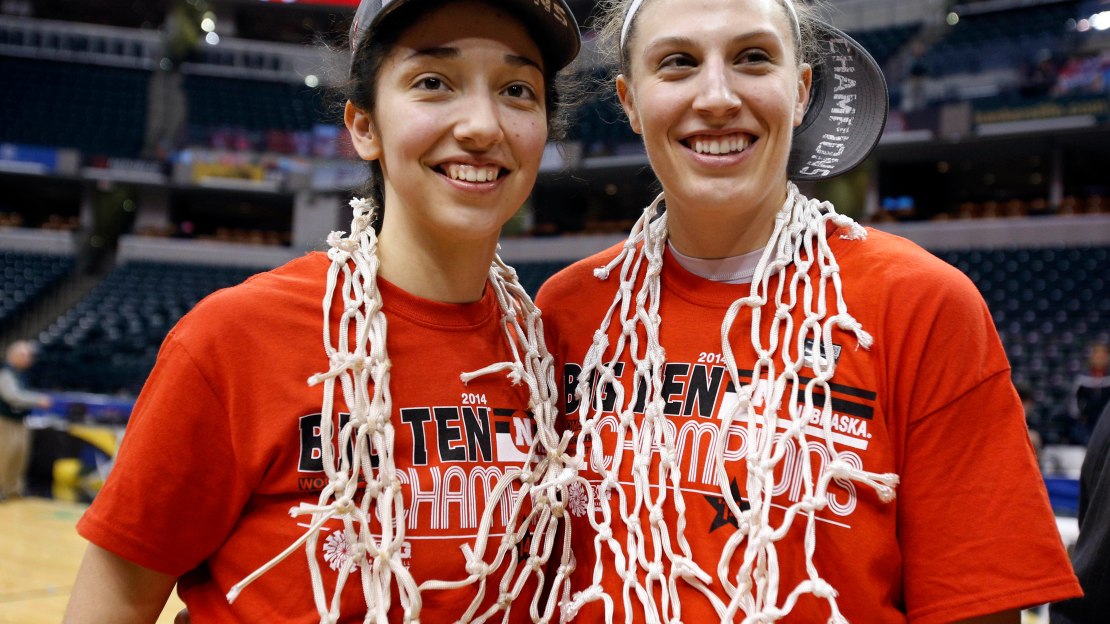 Five Big Ten teams are seeded sixth or higher in their respective regionals in the NCAA women's tourney, it was announced Monday night. Iowa (No. 6), Michigan State (No. 5), Nebraska (No. 4), Penn State (No. 3) and Purdue (No. 4) all earned bids to the field, marking the 15th time in the last 21 years the conference has sent five or more teams to the tourney.

IOWA
Iowa is the No. 6 seed in the Louisville Regional and will open NCAA Championship play against No. 11 Marist on Sunday at 8 p.m., with the winner taking on either Louisville or Idaho on Tuesday. The Hawkeyes are making their seventh consecutive appearance in the NCAA Championship, the longest active streak in the Big Ten. Boasting 23 NCAA tournament berths in program history, the Hawkeyes will host first- and second-round contests at Carver-Hawkeye Arena.

#Hawkeyes have been selected to their 7th-straight NCAA tournament!! Iowa is only @B1Gwbball to appear in 7-straight NCAA Tournaments!

MICHIGAN STATE
Michigan State is the No. 5 seed in the Stanford Regional and faces No. 12 Hampton at 12:30 p.m. on Sunday in Chapel Hill, N.C. An opening-round win would pit the Spartans against the North Carolina-UT Martin winner in the second round on Tuesday. Michigan State returns to the NCAA Championship field for the sixth straight season and makes its 14th trip overall. The Spartans earned a share of the Big Ten Championship this season, their fourth conference title in program history.

#Spartans draw a No. 5 seed in NCAA Tourney and will face No. 12 Hampton on Sunday at 12:30 p.m. in Chapel Hill, N.C. pic.twitter.com/TSmULkVbHs

NEBRASKA
Nebraska is the No. 4 seed in the Lincoln Regional and will open NCAA Championship play at 4 p.m. on Saturday against No. 13 Fresno State in Los Angeles. The winner will advance to face the NC State-BYU winner on Monday. The Huskers, who won the Big Ten Tournament championship, are making their 12th appearance in the tournament and have advanced to the NCAA Championship in each of their three years as members of the Big Ten. Nebraska and Pinnacle Bank Arena will serve as regional hosts next weekend.

The #Huskers are off to LA for a matchup against Fresno State in the opening round of the NCAA Tournament! Saturday at 3 pm (CT). #GBR!!

PENN STATE
Big Ten co-Champion Penn State will make its conference-leading 25th NCAA Championship appearance after earning the No. 3 seed in the Stanford Regional. The Lady Lions will take on No. 14 Wichita State at 12:30 p.m. ET on Sunday, with the winner facing either Dayton or Florida on Tuesday. Penn State makes its fourth straight NCAA Tournament appearance and carries the second-most wins in NCAA Tournament play among conference teams with 30. Penn State will host first- and second-round games at Bryce Jordan Center.

#LadyLions are #3 see and will face Wichita State in the first round at 12:30. Dayton and Florida round out bracket.

PURDUE
Purdue is the No. 4 seed in the Notre Dame Regional and opens tournament play against No. 13 Akron at 1:30 p.m. on Saturday, with the winner facing either Oklahoma State or Florida Gulf Coast on Monday. The Boilermakers will make their fourth straight trip to the NCAA Championship and their 24th overall, the second most among Big Ten teams. Purdue, which boasts a Big Ten-leading 45 wins in the NCAA Tournament, and Mackey Arena will serve as hosts during the first and second rounds.