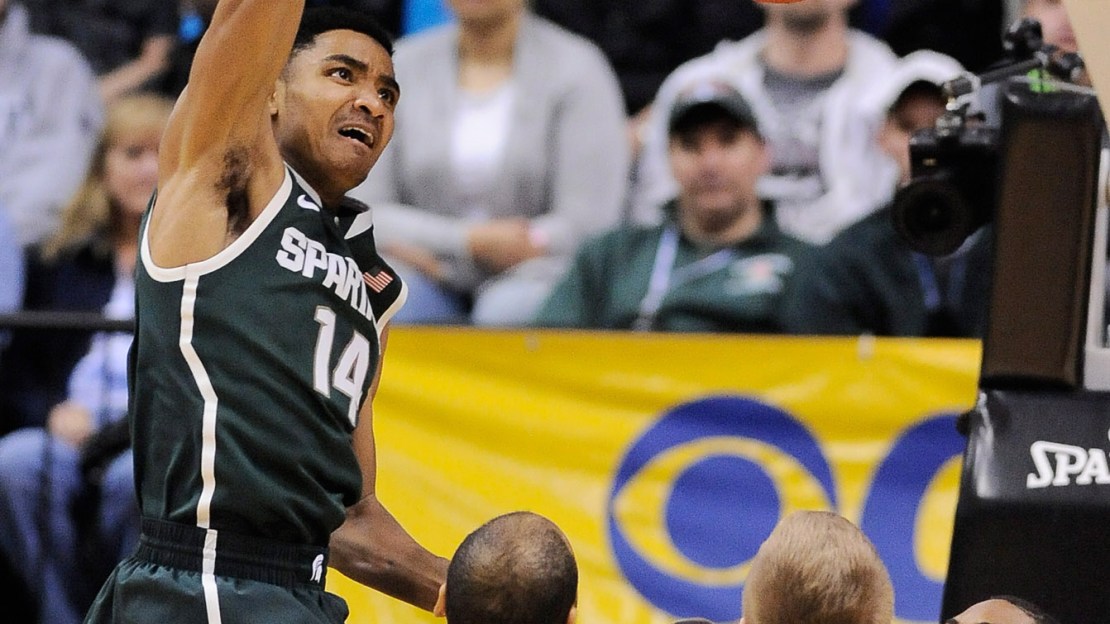 Michigan State cruised past rival Big Ten regular-season champ Michigan, 69-55, Sunday to claim the 2014 Big Ten tourney. On the way to the team's second Big Ten tourney final in the last three seasons and its fourth overall, the Spartans compiled several impressive highlights. None were better than Gary Harris crossover and powerful dunk before halftime and Branden Dawson's fastbreak flush. Watch both plays in this post.

VIDEO: The crossover! The emphatic flush! It's hard not to LOVE this Gary Harris @MSU_Basketball play. WATCH http://t.co/JLndNJSJCF

VIDEO: On a scale of 1-10, what would you give this @MSU_Basketball Branden Dawson dunk? #B1GtourneyMOP WATCH – http://t.co/VOkHmIzVc8

There also was this Travis Trice shot. Are you serious?!?

VIDEO: If you're playing @MSU_Basketball's Travis Trice in H-O-R-S-E, you better hope he doesn't do this. WATCH http://t.co/r2HMOUWdOm