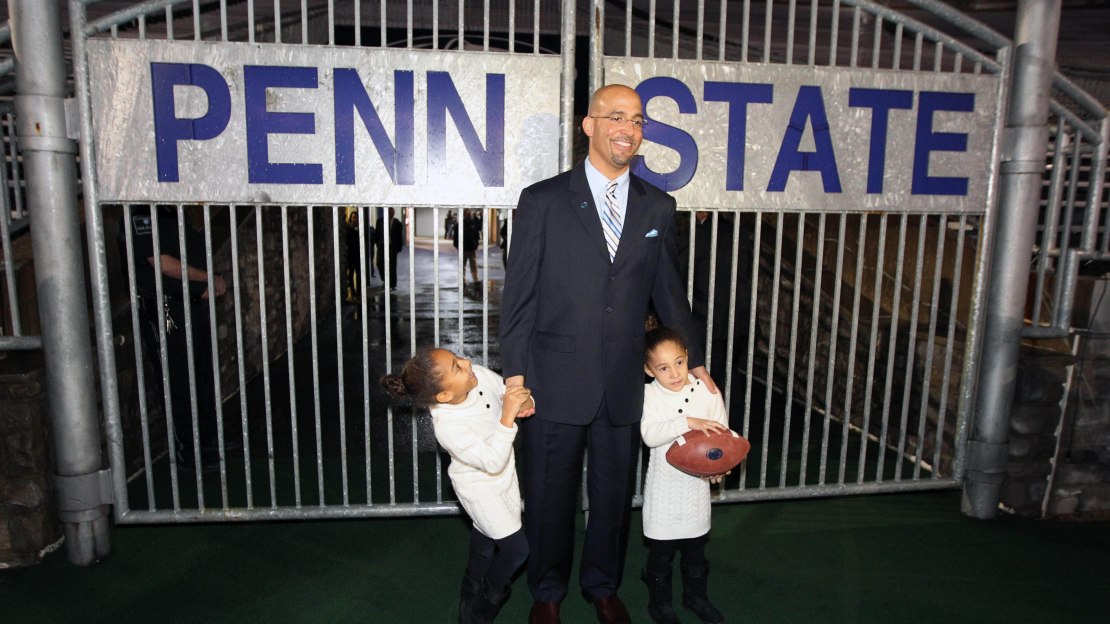 The lid is being taken off the James Franklin era. And it?s an exciting time. He brings energy and enthusiasm-not to mention a strong resume that saw him win 24 games in three seasons at Vanderbilt-to State College.

There is plenty of talent to work with-headed by quarterback Christian Hackenberg–but the program continues to deal with repercussions from the Jerry Sandusky scandal. Departed Bill O?Brien was able to forge two winning seasons. What can Franklin do?

Some critical questions must begin to be answered this spring, when only 53 scholarship players will be on hand with 75 projected for the summer and fall. But there are only a combined 23 juniors and seniors.

Here are three areas to watch in March and April.

1. Who will be the No. 1 wideout? Allen Robinson?s early departure leaves a big chasm after he paced the Big Ten with 97 catches for 1,432 yards and six touchdowns. He was perhaps the top wideout in the Big Ten, a big-play threat who was adept at stretching the field. Exasperating issues is the loss of Brandon Felder, the second-leading pass catcher in 2013. Players like Geno Lewis, Richy Anderson and Matt Zanellato need to continue to develop. Youngsters like DaSean Hamilton (missed last year with a bad wrist) and early-enrollee De?Andre Thompkins could impress. Having perhaps the best collection of tight ends in the Big Ten will help buffet the loss of Robinson and Felder. The trio of Kyle Carter, Jesse James and Adam Breneman has few peers.

2. How will the o-line look? Line coach Herb Hand is a good one. And he?ll need to be as he looks to re-tool the front. Brainy guard John Urschel is gone. And that hurts. Center Ty Howle and right tackle Adam Gress also have departed. Depth at the tackle spots is shaky, but returning starting left tackle Donovan Smith is a stud. Guard Miles Diffenbach also needs to be a leader as the other returning starter up front. Watch for Wendy Laurent at center, Andrew Nelson at right tackle and Angelo Mangiro at guard.

3. Linebacker U has issues. The team didn?t get enough from this group in 2013. Glenn Carson is gone. The staff will build around returning starter Mike Hull and needs players like Nyeem Wartman, Brandon Bell and Ben Kline to take the proverbial next step.