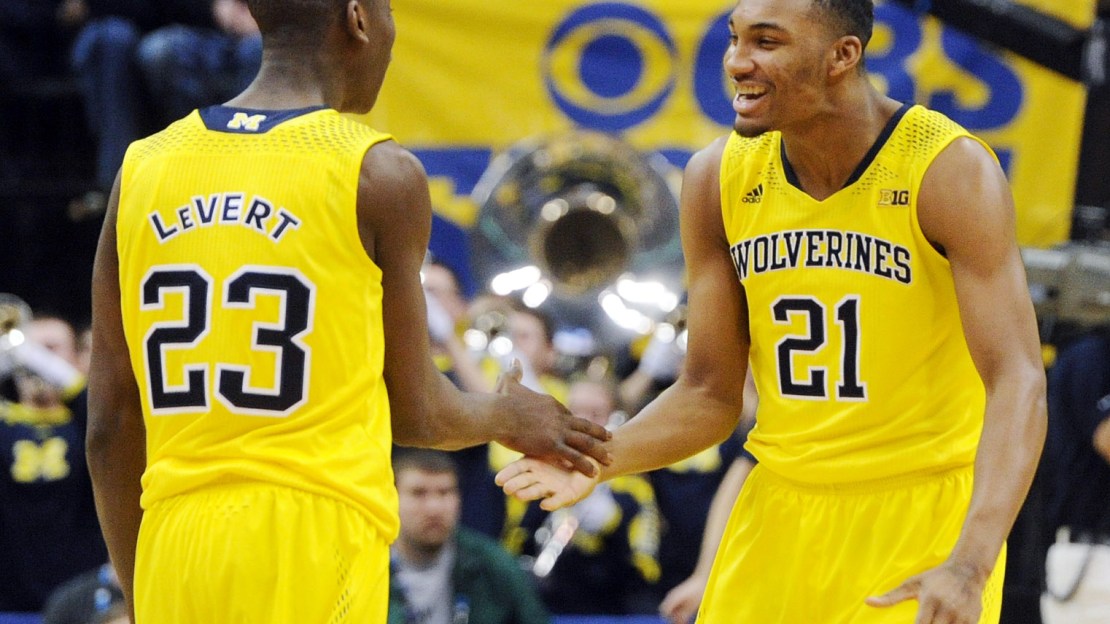 (AP) No. 8 Michigan blew a 12-point second-half lead, then finished the game on a 7-1 run to beat archrival Ohio State 72-69 in Saturday's Big Ten tournament semifinal. The league's regular-season champs will face No. 12 Wisconsin or No. 22 Michigan State in Sunday's championship game.

Nik Stauskas had 18 points and Caris LeVert had 17 to lead the Wolverines (25-7), winners of seven straight. It will be Michigan's first title game appearance since 1998, when it won its only tourney title, which was later vacated.

INSTANT HIGHLIGHT: That was an awesome game! Congrats to #B1G champ @umichbball on the win. WATCH top plays – http://t.co/iyUCvH3Ru6

ICYMI: It's tough to have a better sequence than this one by @OhioStateHoops' Sam Thompson. WATCH – http://t.co/LW2gdxomSG