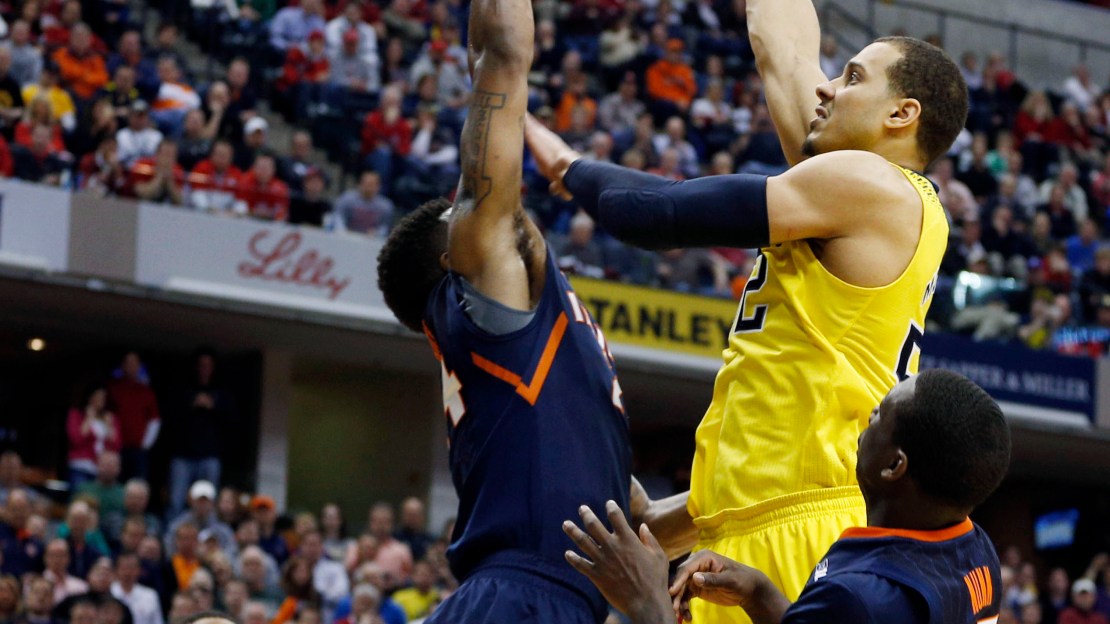 When they last met, Michigan blew out Illinois. This time the game was much closer, but No. 1 Big Ten tournament seed Michigan did what strong teams always do – make clutch shots. Illinois had a chance to win it in the end, but the Wolverines escaped.

Key moment: Michigan was in control for much of this game, building a lead as large as 49-36 in the second half after a Caris LeVert dunk with 16:14 to play. But Illinois slowly chipped away at that 13-point edge, taking a 59-58 lead on a Rayvonte Rice layup with 4:57 left. Michigan fought back to take a late one-point lead with 3.9 hanging on the clock. Illinois had one last chance, but Tracy Abrams couldn?t convert on a drive that got him to the front of the rim as the ball drifted off the hoop.

Key player: Time and again, Nik Stauskas showed why he is the Big Ten Player of the Year. He showed equal aplomb driving and shooting en route to finishing with 19 points. Stauskas hit 4-of-12 shots, including 9-of-10 from the line. He struggled from long range, hitting just 2-of-10 three-pointers. But he notched the game-winning assist in crunch time.

Key shot: Stauskas could have tied the game at 63 had he hit the back-end of two free throws but missed-his lone miss of the day. After an empty Illini possession, Michigan had one more chance in a 63-62 game. And Stauskas passed to an open Jordan Morgan under the hoop for an easy hoop and 64-63 lead that proved to be the final points of the game.

Key number: 10, 3-pointers for Michigan. That was the difference in the game for the Wolverines, as Illinois hit just five. The Illini outscored Michigan in the paint (32-14), in second-chance points (17-7) and bench (16-8). Also, Illinois had no fast-break points.

Up next: Michigan will take on the winner of the No. 4 Nebraska vs. No. 5 Ohio State game. The Wolverines swept the season series from the Cornhuskers. In fact, Michigan was the only Big Ten team to win in Lincoln. The Wolverines won the only meeting with Ohio State, which took place in Columbus.