Dienhart: Ben Brust was the man on this night 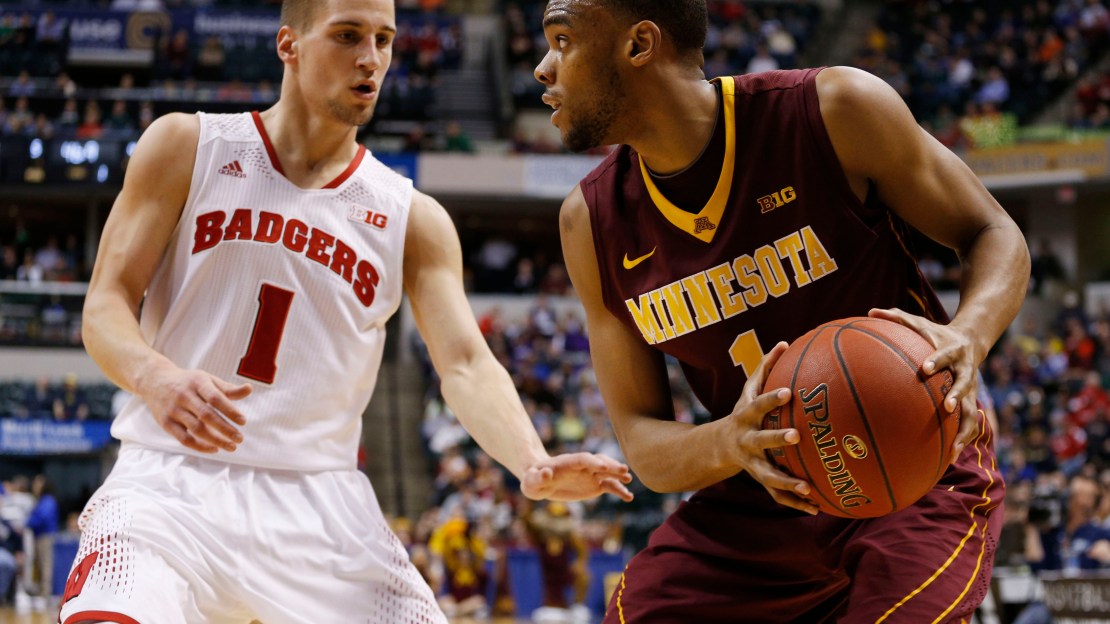 No. 2 seed Wisconsin delivered a significant blow to No. 7 seed Minnesota's NCAA tourney hopes in an 83-57 victory over the Gophers on Friday in the quarterfinals of the Big Ten tourney. Ben Brust scored a career-high 29 points to lead Wisconsin to the semifinal. Get Tom Dienhart's instant reaction to Wisconsin's win in this post.

Key moment: It seemed innocuous at the time, but it was a telling layup by Nigel Hayes with 5:37 left in the game. The bucket increased Wisconsin?s lead to 58-43, coming on the heels of a Mo Walker turnover. After the Hayes score, the Gophers called time out. But, it did little to stem the tide. The Badgers outscored Minnesota, 25-14, the rest of the way in cruising to an 83-57 victory.

Key player: Ben Brust was the man on this night for the Badgers. He hit 8-of-15 shots for a career-high 29 points. He also nailed 4-of-10 shots from three-point land and hit all nine of his free throws to go with three rebounds and two assists. Brust was simply brilliant.

Key shot: Wisconsin took control of this game pretty quickly. And no moment illustrated that better than when Traevon Jackson looped a pass to Sam Dekker that he emphatically slammed home. The dunk gave the Badgers a 21-9 lead at the 9:01 mark of the first half. The lead stayed at 12 points at halftime. And it only grew slowly but surely from there.

Key number: 49, Wisconsin?s second-half points. That?s a lot. That?s also when they took control of this game, which was the first yawner of the Big Ten tourney. Pick a number-most any number-and the Badgers? was better than the Gophers? in a game that never really was in peril for Wisconsin.

Up next: The Badgers will take on the winner of the No. 3 Michigan State vs. No. 11 Northwestern game. The Badgers won their lone meeting with the Spartans, taking a 60-58 decision in Madison. Wisconsin split with Northwestern, as each team won on the other team?s home court.