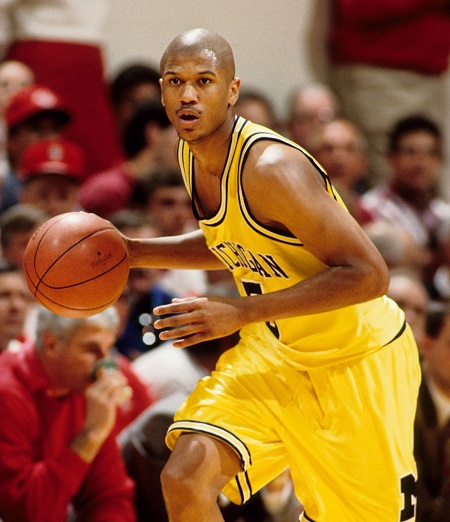 On the court, Jalen Rose was a brash star of the University of Michigan?s iconic Fab Five squad that reformed the culture of college basketball in the early 1990s with shaved heads, baggy shorts, and black socks. Now, his playing days behind him, he?s a business-savvy national basketball analyst who is pouring his heart and soul into change the lives of the youth of Detroit.

With graduation rates at Detroit public schools just 62 percent, dropout rates 19 percent, and jobs fleeing the city, Rose decided something needed to be done. So he opened the Jalen Rose Leadership Academy, an open enrollment public charter school, just two miles from where he grew up.

LiveBIG spoke with Rose about the Jalen Rose Leadership Academy.

At what point in your life or your career did you realize you wanted to start the Jalen Rose Leadership Academy?

I was always passionate about education. In high school I was an honor roll student. At the University of Michigan I was fortunate enough to make the Dean?s list. I never wanted to be considered a dumb jock. I hated that term, wanted to be everything that was the opposite representation of that.

I started the Jalen Rose Charitable Fund in 2000 and I helped give a scholarship to approximately 50 kids over an eight-year period. I assisted around 50 kids with scholarship funds to 32 colleges around the country. I also started a scholarship endowment at the University of Michigan that has already graduated two students and we currently have a junior there now. Opening the JRLA was just a graduation of my mission to try to help build my hometown and instill hometown pride through education.

What were the main problems you saw with schools in the city of Detroit?

The mentality of a high school diploma doesn?t get you where it used to. Under a scenario like Detroit, a high school diploma back in the day would get you a job at the plant and you could take care of your family. Now, not only a high school diploma, but a college degree is needed to try to pursue the multiple careers that are out here and try to be a success story. With schools closing and jails opening I just thought I could do more.

In what ways have you structured the JRLA to counter those problems?

What separates the JRLA most from other schools in Detroit?

The specialty programs, longer school day, and longer school year. Each student has an advisory teacher that not only tracks their progress through high school but also track their progress through college. Those are the things that make us special. Out of the specialty programs that we have, we?ve really done a good job of obviously educating our students, but just exposing them to college campuses, and really doing all we can do give them life skills.?

What has been your biggest challenge so far and how have you tackled it?

The second biggest challenge is funding. We get zero state funding for our facilities. Zero. So that?s where our fundraising need becomes a major task, a major goal, a major beast to continue to be looked at so we can not only have these kids compete in the classroom but allow them to have state of the art things that their suburban counterparts have.

What are you actively doing to fundraise?

Everything, literally. From getting down on my knees and begging, to praying, to doing things with charities and auctions, doing a golf outing every year in September. Literally everything.

Do you wish you would have had an opportunity like the JRLA when you were growing up?

The reason why JRLA is special to me is I felt like I did have that opportunity. I was taking accelerated classes. I had a great teacher, a great counselor who was also my high school coach, Perry Watson. The infrastructure probably wasn?t the best dynamic but it did allow me to continue to nurture and navigate and eventually be prepared at the University of Michigan once I got there. There are several things you?ve got to prepare for. You?ve got to prepare for being on the court; I was prepared to do that. And you?ve got to be prepared for the classroom; and fortunately I was prepared for that as well.

What do you do personally to show the kids that you?re invested in their future? How often do you visit and spend time at the school?

I have an office in the school. Initially, when we opened up the school in 2011, it was like ?there?s Jalen Rose?. Now all of the sudden it?s ?oh, there?s Mr. Rose?. You?ve got to get things in order, make sure your shirt is tucked in, make sure you?ve read your materials correctly, and make sure you?re behaving yourself in the right way.

They?re terrific kids. They all know I love them and they all know that all I want to do is see them succeed and take care of themselves, accomplish their goals and dreams, and make the people in their family and the people that they love and influence proud of them.

Check back here tomorrow for the second half of our conversation with Jalen Rose.