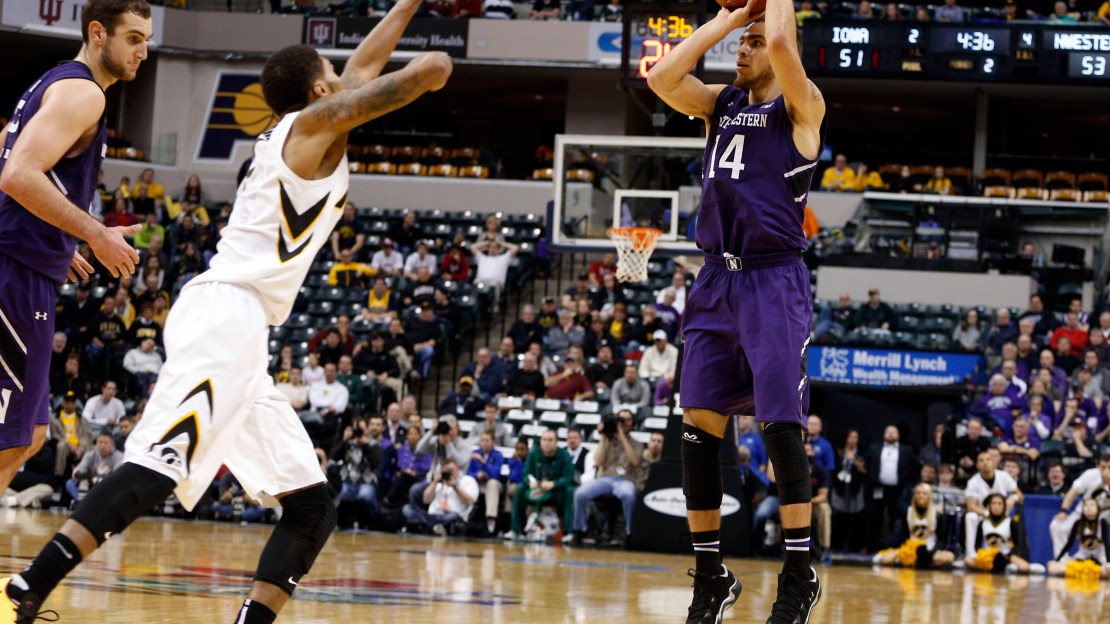 If you're a fan of college basketball, then you have to appreciate how entertaining Day One of the Big Ten men's basketball tournament was. Four games were decided by a total of 24 points, with No. 11 Northwestern closing out Thursday's session with a memorable 67-62 upset victory over No. 6 Iowa.

With four games in the book, there were plenty of outstanding individual performances as well. BTN.com senior writer Tom Dienhart and BTN.com web editor Sean Merriman provide their all-Thursday team from Day One of the Big Ten Tournament.

[ MORE: Get all of our Big Ten tournament coverage ]

Drew Crawford, Northwestern. The senior chipped in 15 points with four rebounds and six assists in the Wildcats? big upset.

Roy Devyn Marble, Iowa: He did what he could do, scoring 22 points. Alas, the Hawkeyes still lost to NU in the biggest upset of the day.

LaQuinton Ross, Ohio State. He notched 19 points and 15 rebounds in a narrow win over Purdue. Just huge. Best effort of the day.

Tre Demps, Northwestern. The guy was money from long range, hitting 4-of-6 from 3-point range to finish with 20 points. He also had six boards and five assists.

[ MORE: Get ready for Friday's quarterfinals | Best of Day 1 ]

Tracy Abrams, Illinois. The junior guard provided a huge offensive spark for a team that has struggled to find an offensive identity all season long. He came up big when his team needed him most, scoring 17 of his game-high 25 points in the second half.

Aaron Craft, Ohio State. Aaron Craft did what Aaron Craft does, diving all over the court and making big plays for his team down the stretch. The Buckeyes' senior captain had 16 points, five assists and three steals while playing all but two minutes in the victory.

LaQuinton Ross, Ohio State. This guy stuffed the stat sheet with a game-high 19 points, 15 rebounds and two blocks in the Buckeyes' opening-round win over Purdue.

Austin Hollins, Minnesota. He was terrific on both ends of the court scoring a game-high 18 points, 13 of which came in the second half. Hollins shot 6-of-12  from the field, including 2-of-3 from downtown.

Tre Demps, Northwestern. He was the force behind Northwestern's 67-62 upset win over Iowa. The Wildcats' slick shooting guard was 4-of-6 from 3-point range en route to scoring a game-high 20 points.

Coach: Chris Collins, Northwestern. How can you not go with this guy? He led the No. 11-seeded Wildcats to an upset win over an Iowa squad that many believed to be a Final Four-caliber team less than a month ago.