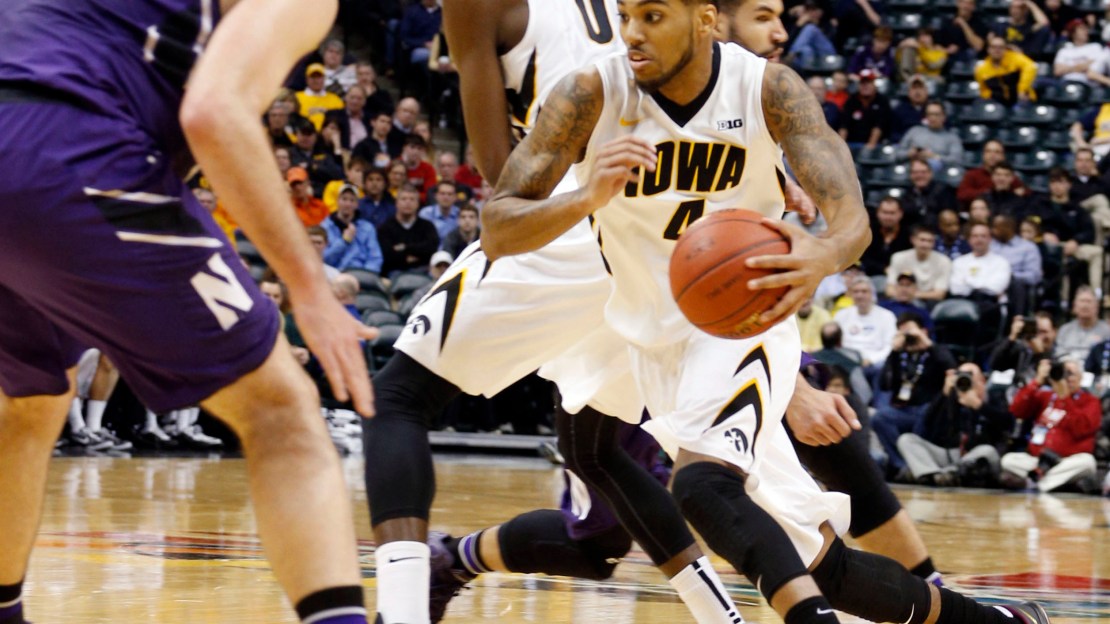 (AP) Tre Demps had 20 points, including four 3-pointers, and Drew Crawford added 15 points and six assists to lead 11th-seeded Northwestern to a 67-62 victory over No. 6 Iowa in the Big Ten Tournament Thursday night. The Wildcats (14-18) became the first 11th-seed to win in the Big Ten tournament. They went on a 7-2 run when Crawford made a lay-up to give the Wildcats a 55-51 lead with 3:52 remaining before Alex Olah drew a charge and scored a pair of free throws.

Roy Devyn Marble had 25 points and Jarrod Uthoff finished with 17 points and nine rebounds off the bench for the sixth-seeded Hawkeyes (20-11), who have lost 6-of-7 games.

INSTANT HIGHLIGHT: Check out the pass by Devyn Marble on this @IowaHoops basket. WATCH – http://t.co/gQTqFtEfLL