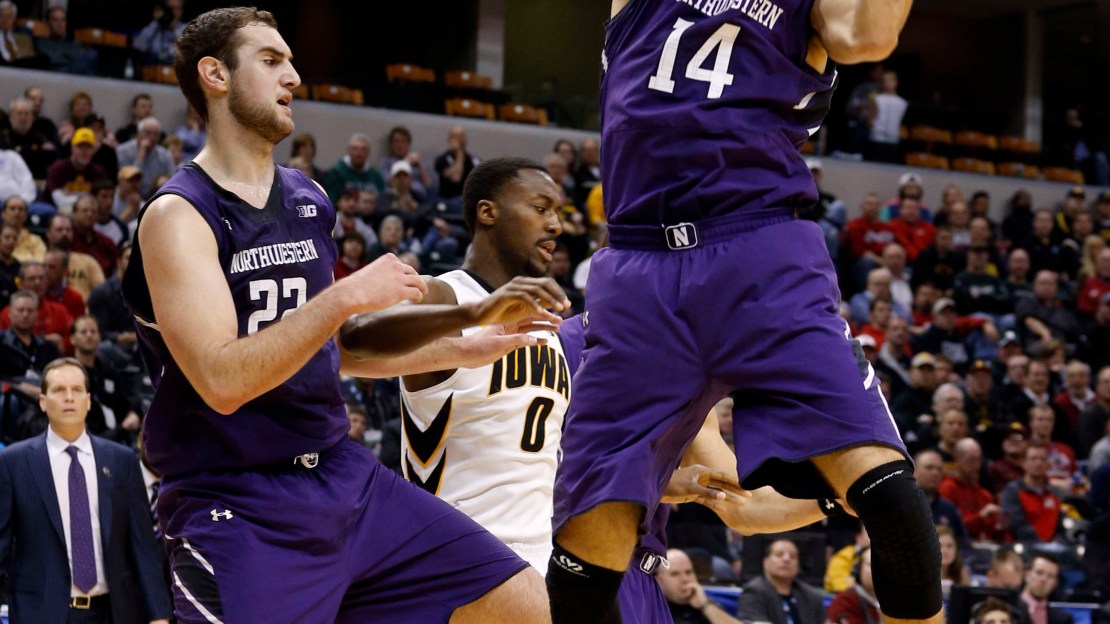 The way the regular season went you just knew there would be an upset or two on the first day of the Big Ten tourney. No. 9 Illinois beat No. 8 Indiana, but that's not much of an upset. No. 11 Northwestern over No. 6 Iowa, the team that beat the Wildcats by 26 in both meetings this year? That would be an upset. And that's just what we had. Get Tom Dienhart's instant reaction in this post.

Key moment: This was a nip-and-tuck game the whole way, with neither team able to assert itself. In fact, each squad led by as many as seven points. The Wildcats took control about midway through the second half. Iowa made a push, cutting the Wildcats? lead to two points with less than 20 seconds to play. But Northwestern big man Alex Olah iced the game from the free-thrown line. With the loss, Iowa may have played itself onto the dreaded bubble. Still, it would be a surprise if the Hawkeyes-who have lost six of seven–didn?t make the Big Dance, albeit with a poor seed. NU?s season marches on with a 14-18 mark. Move over, Nebraska, we have a new Cinderella in Indianapolis.

Key shot: With the game tied at 45, Tre Demps drained a three-pointer with 7:59 left. NU never trailed the rest of the way in cruising to the improbable victory.

Key player: Tre Demps. He was on fire, hitting 8-of-12 shots overall and 4-of-6 from three-point range to finish with 20 points in NU?s upset. He also had six rebounds and five assists, just for good measure. Take a bow, Tre.

Key number: 52.3, Northwestern?s field-goal percentage. The poor defensive effort continued for Iowa. NU also shot 47.8 percent from three-point land. Iowa won the other two meetings with Northwestern this season, taking a 93-67 and 76-50 decisions. This was quite a reversal.

Up next: Michigan State is waiting. And this is a hungry Spartans club that has something to prove after an uneven regular season that saw MSU go 12-6 overall and 5-7 down the stretch. This will be a difficult out for NU. But the Wildcats have nothing to lose and no pressure. Pressure? That?s on the Spartans. This could be a fun game.