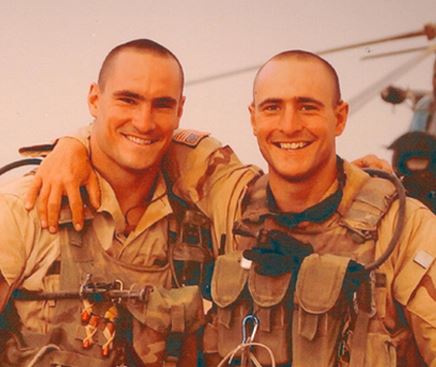 Indiana University now has a new method to support student veterans and military spouses, thanks to the Pat Tillman Foundation.

IU has been selected as one of only fifteen schools in the country to receive support from the Pat Tillman Foundation, a nonprofit organization which provides funding to American war veterans who are working toward an education. The Pat Tillman Foundation was started to honor Tillman, who put his NFL career on hold to serve in the U.S. Army following the 9/11 attacks, and was killed in Afghanistan in 2004.

The Tillman Military Scholars program was founded in 2008 to provide additional support to active-duty service members, veterans and their families to supplement GI Bill educational funding.

The Tillman Foundation added four new collegiate partners to the program, and Indiana University was selected this year along with Georgetown University, the Ohio State University, and the University of Wisconsin-Milwaukee. There are now 15 universities which are in a position to assist their students with military backgrounds through the Tillman program.

Selection by the Tillman Foundation as a participating college or university is only the first step. The Tillman Military Scholarship program is a competitive one. For the 2013-14 school year, over 5,000 applications were received and 60 scholarships were granted.

According to Margaret Baechtold, director of U Bloomington?s Veterans Support Services office, Tillman Foundation partner schools get half of the funding available while a national pool of applicants gets the other half.

?Our students still have to compete against all of the other partner institutions,?? Baechtold said. ?We don?t have a guarantee on a dollar amount or specific awards.?

The Foundation will select between 30 and 40 students from all of the nominated students designated by the partner schools, which means each school could anticipate one or two students receiving scholarships from the Foundation each year.

?It is a merit based system,?? Baechtold said. ?Merit is not necessarily about academic merit; it?s more about a commitment to service, and how that translates into future goals. It?s as much about knowing and understanding Pat Tillman and the sacrifice he made and showing how that is reflected in an individual?s past history and future goals.?

Baechtold said she was pleased the scholarships are available to students at all of Indiana University?s campuses, which this academic year have over 2,000 military veteran or current duty members enrolled.

?I am very excited about this opportunity,?? Baechtold said. ?It will be interesting to see who we get as candidates, and the characteristics of those people.?

Below is a photo of the scholars selected for this year's class of Tillman Military Scholars. Click here to find out more about how you can help fund this great program.