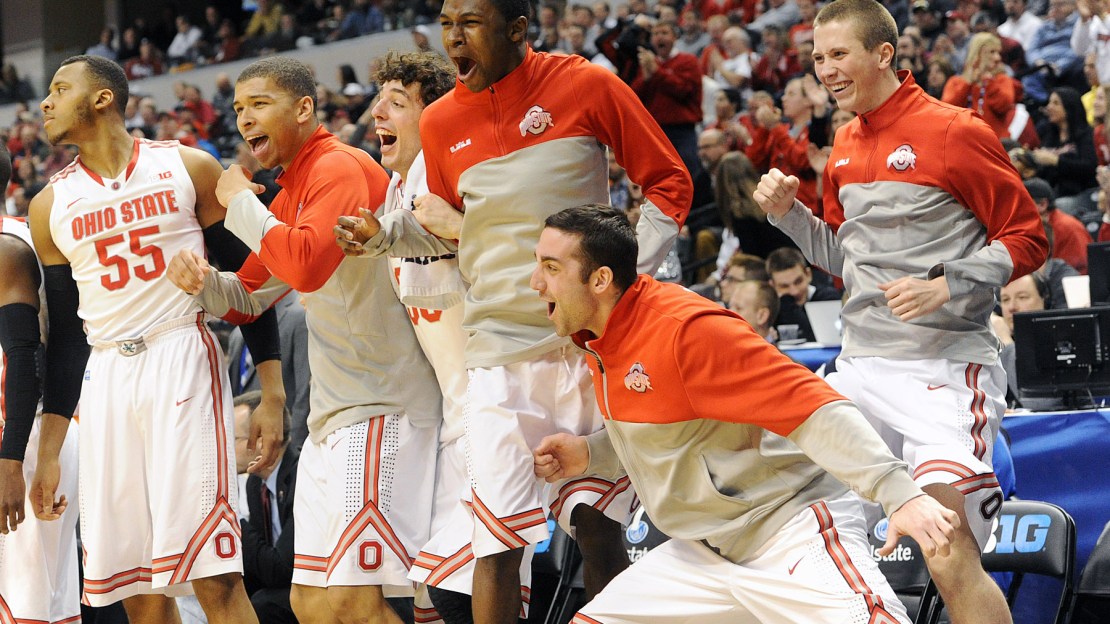 In a game that featured three-fifths of the recently-selected Big Ten All-Defensive Team, it was indeed defense that ruled the day as Ohio State held off a stiff challenge from Purdue. This was a ragged affair, with both teams scoring under a point per trip and combining for 29 turnovers. The squads combined to shoot 3-for-24 from downtown, a number that stung even more for the Boilermakers when Terone Johnson's would-be game-winning three at the buzzer came up short.

There were stretches of this game where it felt like neither team could score. Ohio State was mostly driving to the hoop and throwing up prayers, while Purdue feasted on inefficient floaters. The Boilers made just two threes for the whole contest, but it was a three coming off glass that served to keep them in the game:

Amid all the offensive futility, Aaron Craft and Sam Thompson managed to provide some ball-in-the-hoop excitement.

At the end of this game, Thad Matta faced a foul-or-not-foul situation with the Buckeyes up by three. Ken Pomeroy has looked at play-by-play data of these situations; while the data is not conclusive, it certainly doesn't appear that fouling should be the default decision when facing a poor three-point shooting team (like Purdue).

Matta chose to foul, and it almost came back to bite him. Ronnie Johnson made his first free throw and intentionally missed the second, and the rebound was tapped out of bounds by Ohio State. The Buckeyes did a good job of defending the ensuing play, and Terone Johnson didn't get a great look, but that was still a stressful moment for Ohio State fans.

LaQuinton Ross is a fine player, but he's much less efficient when he has to force things. Against Purdue, Ross scored 19 points on 21 shots and pulled down an impressive 15 rebounds. Aaron Craft scored 16 points on 16 shots, and while the first instinct is for us to say that Craft should never be taking 16 shots, it's clear that not many players in that Buckeye rotation are willing to shoot on a regular basis.

Regardless, Ohio State moves on to face Nebraska in tomorrow's 4/5 quarterfinal. The teams split their two meetings this season, with each squad winning at home, so it should make for an intriguing rubber match. Throw in the Huskers' need for one more win to completely secure an at-large bid, and we should have a very good game on our hands.