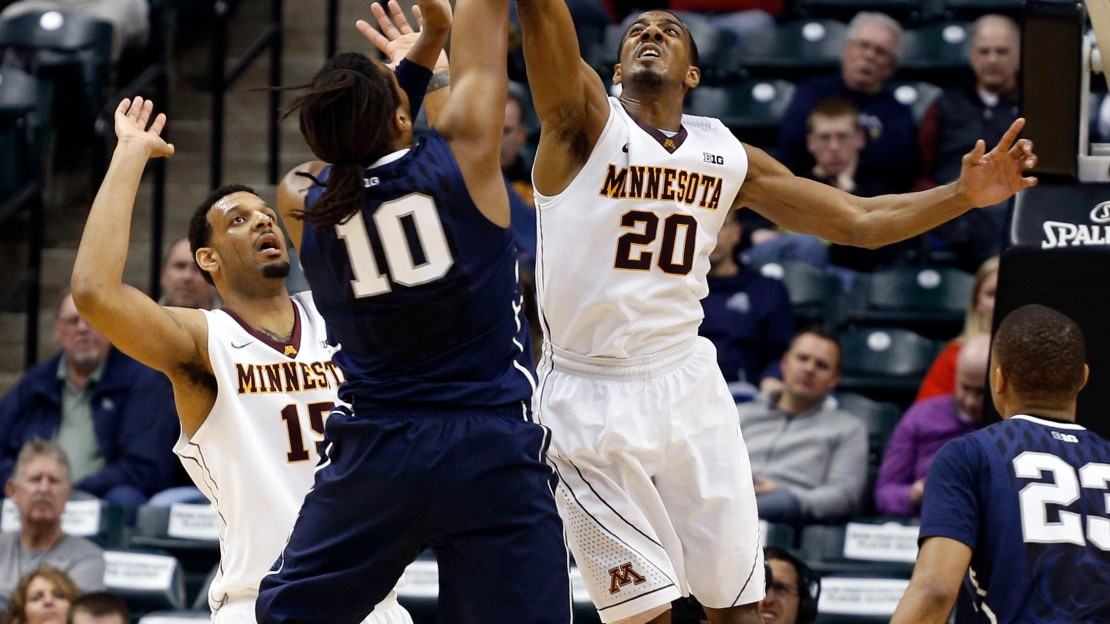 Needing a victory to keep its at-large hopes alive, Minnesota gutted one out against a persistent Penn State squad. Although the Gophers' lead touched double digits at times, the Nittany Lions kept fighting and had opportunities down the stretch to make a real game of it. An Andre Hollins three with 12 seconds left would ice it, and Minnesota fans could finally exhale.

The biggest difference in this game was Minnesota's superior shooting accuracy, which was only slightly due to better shot selection.

The Gophers did a better job of getting opportunities right at the basket, but those are small percentage differences. The real divide came on how the two teams shot jumpers, especially from beyond the arc.

Minnesota has been a solid three-point shooting team all season, while Penn State has not, but that's still a large gap. The Nittany Lions won the glass and were nearly even in turnovers, allowing them to take 12 more field goal attempts than the Gophers, but Minnesota's superior accuracy won the day.

If you weren't able to watch this one, you missed a particularly impressive finish by Austin Hollins.

The play of the #B1GTourney thus far, right? WATCH – http://t.co/r4ikgCNLUS

Hollins would lead Minnesota with 18 points on 12 shots, and he did it with no turnovers.

For Penn State, this may have been the end of the Tim Frazier era (barring a CBI/CIT bid). Frazier had a good senior year after returning from serious injury, but he struggled in this one (11 points on 13 shots, three turnovers).

This wasn't an emphatic victory, but the only goal for Minnesota was to survive and advance, so I'm sure Richard Pitino will take the win and shift the focus to tomorrow's quarterfinal against Wisconsin. The bubble has been softening over the past 24 hours, so the Gophers might not necessarily need another win to get an at-large bid, but upsetting the Badgers would remove all doubt. As if this rivalry needed any more juice.